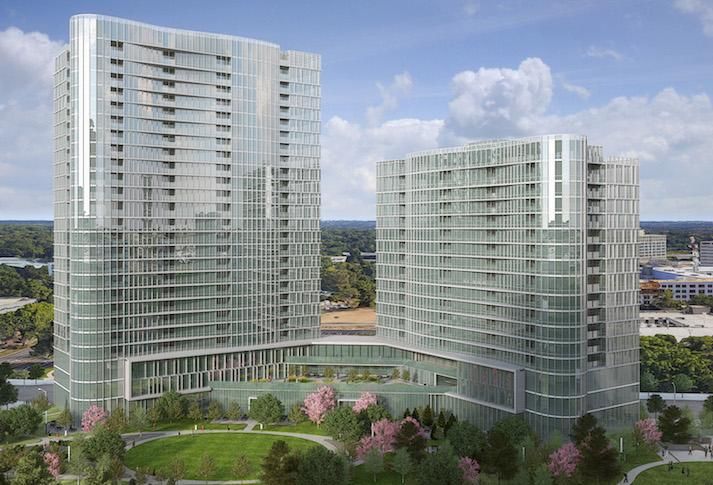 Gone are the days of sleepy, gated retirement communities in secluded, suburban settings. Millions of baby boomers reaching retirement age today are demanding a more urban style of living, and developers are beginning to respond.

“One of the things we’re seeing with the population over 65 is they want to stay in the heart of their community,” Mather LifeWays Senior Vice President Gale Morgan said. “Boomers are saying ‘I want ease of access, I don’t want to have to get in my car to go to the restaurant or the doctor.’ The urban lifestyle is getting more and more popular.”

Mather LifeWays last year proposed a senior housing project in Tysons, Virginia, that will feature two high-rise towers of 27 and 18 stories within a half-mile of the McLean Metro station. The company has previously built a senior living project with 10- and 12-story towers in an urban setting in Evanston, Illinois, but the Tysons project will be its most high-density development to date.

“It’s a departure from what we’ve seen for the last 25 years,” said Morgan, who will speak at Bisnow’s Greater D.C. State of Senior Housing event March 27. “Instead of acreage, this is vertical.”

The Tysons project, branded as The Mather, is part of the 3M SF Arbor Row development, which Cityline Partners is spearheading. Mather LifeWays is going through entitlements now and Morgan hopes to receive approval in the next few months. It will construct the project in two phases, with 200 units in the first building and 100 in the second.

Mather LifeWays is looking to collect deposits from 70% of the residents for the first building before breaking ground, helping it to finance construction. She said there is strong demand and she hopes to have those deposits by next year, allowing it to deliver the development by 2023. 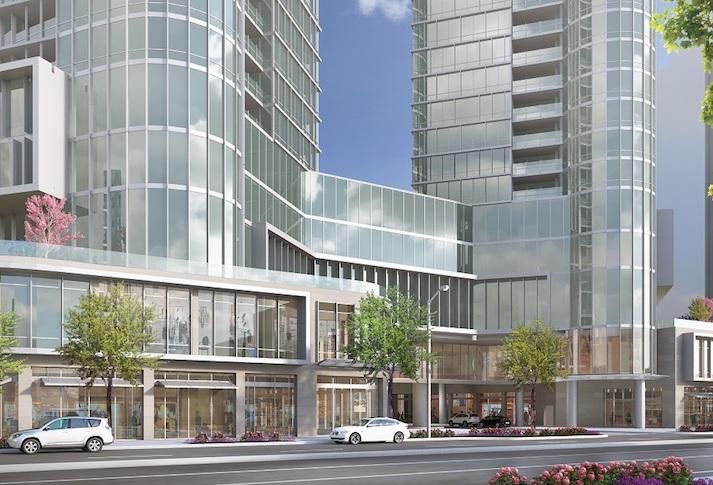 The trend of baby boomers seeking urban-style communities in amenity-rich neighborhoods is similar to the way their millennial counterparts have transformed the apartment market, Morgan said.  “Just like millennials want to live and work in their community, our 65-plus want to stay in touch with their communities,” she said. “They’re looking for smaller homes with flexible floor plans that allow you to entertain, spaces that can be used for multiple purposes, and they like the urban feel and design.”

ZOM Senior Living, a new senior housing division of Orlando-based ZOM Living formed in 2017, is actively pursuing projects in the D.C. region, Vice President Brett Gelsomino said.  “[D.C.] has a unique balance of concentrated wealth, a large age-in-place population, a dearth of new supply and strong demographic trends that could lend itself to demand for both suburban and urban product,” Gelsomino said. “We’re looking at both.” 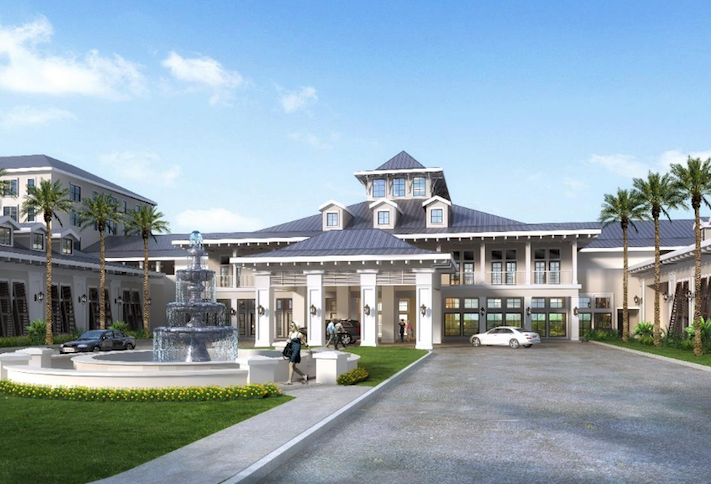 While low-rise suburban projects can be easier to build because of lower land and construction costs, Gelsomino said he sees demand for more downtown senior housing communities.  “I think giving somebody a well-located, urban mid-rise in the middle of the capital could appeal to the cream-of-the-crop class that wants to live in the middle of it all,” he said.

The multifamily development firm decided to launch the ZOM Senior Living division because it saw the traditional senior housing model becoming stale and believed there was demand for projects that look more like luxury residential communities.

The developer announced its first senior housing project in September in Wellington, Florida, a 46-acre, $180M waterfront community in partnership with Liberty Senior Living. Gelsomino said the D.C. area is one of the top markets on ZOM Senior Living’s radar for future projects.

Growing demand for senior housing is leading more players to enter the space, Gelsomino said. But building management and operations are such important factors in senior living that he believes experienced multifamily developers like ZOM will have an advantage.  “The barriers to entry are high,” he said. “It’s hard to find and entitle core sites, and as a result, deals could take five to seven years, and during that time, demand is mounting. It’s a challenging environment.

The criticality of the operating side of the business makes it more difficult to enter than pure multifamily residential, which is certainly going to temper supply. ” Morgan said Mather LifeWays is also bullish on the D.C. region and could look to build additional senior housing projects in the area, though likely not another one in Tysons. She said this wave of retirees is creating more demand for senior living communities than previous generations not only because of the size of the baby boomer generation, but because their children are more likely to have moved away from home.

“So many of the boomers don’t live next to their children, they may be on another coast,” Morgan said. “They’re not looking to be reliant on their children to make their future choices, they want to self-determine. With that attitude, we’re seeing life-planned communities are becoming more and more of an option.”