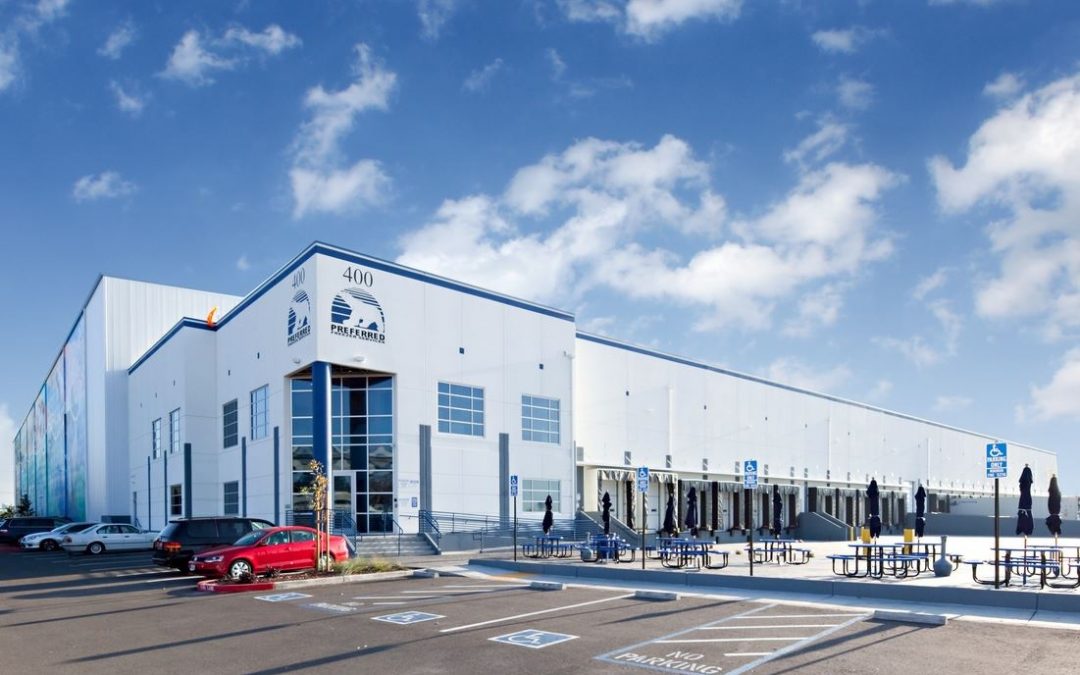 Rising online grocery sales and the potential need to refrigerate massive quantities of meats and other fresh goods amid escalating trade tensions with China expect to help turn cold storage into one of the nation’s hottest industrial real estate sectors with as much as 50% growth projected in the next five years.

New demand for cold storage industrial space is growing, and it could reach as much as 100 million square feet by 2024, representing a significant expansion for the industry’s current 214 million-square-foot footprint, according to a new report from brokerage CBRE Group Inc., as well as estimates from the Global Cold Chain Alliance trade group, and analyst firm Morningstar

Port cities like Los Angeles and New York expect to see most of that cold-storage growth in the form of new logistics facilities, which could handle fresh items from the nation’s top food-producing states. Among them are California – which has the nation’s largest current supply of cold storage at more than 396 million cubic feet – and Washington, Florida, Texas and Wisconsin.

This could mean more goods coming through places such as the ports of Los Angeles and Long Beach in Southern California, which in recent years has already more than doubled their container capacity to address rising import and export demand for fresh and frozen food coming from places like the state’s rich Central Valley agricultural hub.

“This drives infrastructure to ensure a cold chain from the field to the table – precooling from field, transportation of refrigerated storage for further food processing, then either storage or delivery to wholesale or retail outlets,” said CBRE Senior Vice President Art Rasmussen Jr.

Right now, refrigerated warehouses only make up about 1% to 3% of the U.S. industrial market, according to CBRE, but owners and operators of these temperature-controlled buildings expect to have a 4% compound growth rate from 2018 and 2022, according to Global Cold Chain Alliance.

The cold storage industry correlates to the agricultural and food-processing industries, and operations tend to be very stable because overall demand for food products is relatively inelastic and largely resistant to changes in the economy, according to Morningstar.

Much of the current projected growth for the industry hinges on grocery shoppers warming up to e-commerce in the way those same consumers routinely buy non-food items online.

Numerous studies over the years have shown that food buyers prefer to pick up certain items – like fresh meats and produce, along with their favorite ice cream – on their own at a physical store. That helps explain why just 3% of U.S. grocery sales were made online as of 2018.

However, some of the nation’s largest retailers and grocers including Walmart and Kroger are betting big on grocery and delivery. And the Food Marketing Institute and research firm Nielsen recently projected that percentage of online grocery sales will rise to 13% by 2022.

With growing demand, fundamentals in the sector are strong, according to CoStar data. The vacancy rate currently stands at about 4%, down from 5.5% a year ago. The current annual asking rent of $7.68 per square foot is up 5.2% from a year ago.

Investment in the sector has been climbing, according to CoStar data. There was about $560 million in sales of refrigerated and cold storage space in 2016, $783 million in 2017 and $963 million last year.

Owners of temperature-controlled warehouses currently benefit from limited competition in large part because of the high cost of building, a need for operating expertise and established customer relationships as consumer demand for fresh food grows, according to JLL and Morningstar research. Because of complexities and expenses involved in developing cold storage facilities, they can cost as much as $150 to $170 per square foot to build compared with the $50 to $65 a square foot for a conventional warehouse, according to JLL.

That, along with the rise of grocery delivery services, led America’s supply of refrigerated industrial space to already feel the pinch before last summer’s tensions, said Aaron Ahlburn, JLL’s director of industrial and logistics research.

There are signs more investors and developers are banking on a coming industry expansion.

Commercial developers and investors have taken notice. For instance, the largest commercial mortgage-backed securities offering of the year recently spawned when Lineage Logistics acquired Preferred Freezer Services. The deal was funded in part by a $2.35 billion loan secured by 64 cold storage and distribution facilities in 22 states, rolled into a new bond offering.

And more food companies are seeking third-party cold storage solutions, too. Conglomerate Nestle, for instance, is transitioning from a direct-to-store model to an outsourced warehouse model next quarter, according to CBRE.