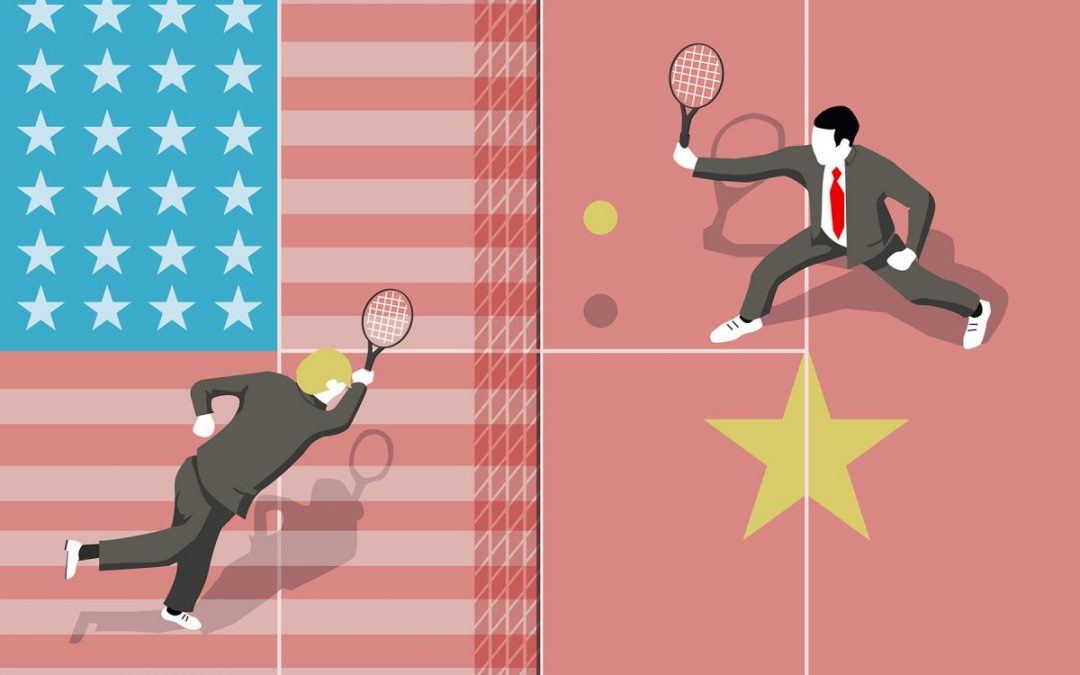 “By 2020, tariffs already imposed or announced would shrink global GDP by 0.8%. That is equivalent to the whole economy of Switzerland.”
– New IMF Managing Director Kristalina Georgieva, as the IMF further cut its global growth outlook

Recession and trade talks have been often in the same sentence recently, with political entrenchment a risk to sap growth through the rest of this year and next. In that case, new preliminary trade agreements between both the U.S. and China and U.K. and European Union offer seemingly good news. However, while these two pre-deals are a relief on their face, neither appears completely satisfying, nor complete.

The U.S. agreement with China, announced late on Oct. 11 with details slow to leak, appears far from a done deal. The faint sketch of the terms appears to focus on a phased agreement, where China would purchase more agricultural products from the U.S. and agree to new currency management standards. Neither is hardly worth writing about, nor does the U.S. concession to call off higher tariffs for now mean further tariffs will not occur, or that existing ones will  remove. Still, the accord represents the biggest breakthrough in U.S.-China trade talks in Trump’s tenure, and hopefully it is not the last.

Meanwhile, across the pond, U.K. Prime Minister Boris Johnson returned home to sell his Brexit deal to Parliament last weekend, and the initial response was hardly positive. Parliament is likely to remain in a frantic state, given the U.K.’s official exit date is scheduled for month-end. The deal appears to choose a much harsher Brexit than that agreed to by Johnson’s predecessor, Theresa May, and some favor further delay until a consensus can reach.

Any further slowdown in trade is everyone’s problem, so how these two negotiations play out remains essential. The U.S. is already dealing with the consequences, with industrial production growth turning negative compared to a year prior, based on August data released last week. This follows similar contractions seen abroad, most notably in Germany, which is all but certain to declare in recession in the third quarter. China’s industrial production, while staying positive, has slowed dramatically as well with GDP growth falling to a 30-year low, according to figures announced this past week. The once red-hot industrial real estate sector in the U.S. is finally cooling in the face of these headwinds, but appears in vogue enough to weather the storm.

Overall, third quarter growth for the U.S. should continue, but it faces plenty of cross-currents. One major plus has been personal consumption, which remains elevated because of the tight labor market and in spite of a modestly weaker retail sales report this past week. The second biggest boost is likely to be from government, though Trump subsidies may not be enough to counteract the more significant drag from trade. Non-residential investment is a concern, with businesses confidence dropping severely recently amid uncertainty. All those factors portend a mixed message for office and retail, ultimately with their fate determined by whatever long-term clarity can glimpse as the economy settles into a slower growth path.

One noteworthy data point: Investment in residential housing has been muted since the financial crisis, but it looks on track to have a stellar second half of 2019. Housing starts surged in September according to data released last week, and a rise in homebuilder confidence means it is likely to stay near that level. This is good for the economy but perhaps negative for multifamily investors, as lower rates and higher incomes are spurring home ownership.

Fed members have been talking recently about how they thought the economy overall was in a “good place,” and two more members fell in line this past week. Vice Chairman Richard Clarida, in a speech Friday, said “the U.S. economy is in a good place, and the baseline is favorable.” Earlier in the week, Chicago Fed President Charles Evans said the same, “I think policy probably is in a good place right now,” though he admitted some internal disagreement persisted over whether another rate cut is indeed needed. Members are advocating broadly a “meeting-by-meeting” framework as the economy remains on a potential pivot point.

Next week the Fed enters its quiet period where it avoids public comments ahead of an Oct. 30 meeting to decide whether to adjust interest rates. The market still sees a cut as highly likely in spite of some internal debate. The risk to investors appears on the hawkish side, as most prior rate cuts have been better-signaled by the committee and members have recently taken many non-rate cut measures to shore up market functioning. From a risk management perspective, a rate cut makes sense, as the potential market repercussions from not easing would likely be greater than any overheating risks from the policy rate being 25 basis points lower.

A consumer survey released from the New York Fed perhaps provides a convenient narrative for the doves. Consumer inflation expectations have eased drastically in 2019, with Wall Street analysts expecting inflation over the next three years to come in at 2.4%, down from 3.0% at the start of 2019. This trend could convince the Fed that faith in their inflation targeting is waning, likely to be a major talking point in Chairman Jerome Powell’s press conference should members hope to convey a dovish message.

Trade talks will remain a focus, yet the outcome is unpredictable given the shifting calendars enabled by recent soft agreements, and unsettled nature of Brexit deliberations. The U.S. will have enough news to digest in coming weeks regardless, with third quarter GDP figures released in the last week of October right before an essential October jobs report on Nov. 1.

Robert Calhoun is a managing director and senior economist and Matt Powers is associate director of market analytics for CoStar Market Analytics in New York City.