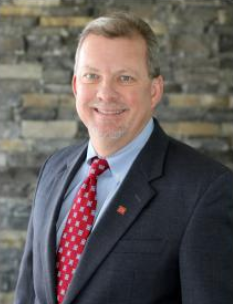 This year, 2019 President Amy Worth presented this prestigious award to Tony Veldkamp, CCIM, Senior Advisor with SVN Commercial Advisory Group for his selfless service to the Association. President Amy Worth describes Tony as an extraordinary member who is always willing to help when asked.

“When I asked Tony to chair my Presidential Advisory Group, he immediately said yes and got to work on his task,” said Worth. “As a Board member, Tony does everything for the benefit of the members and what’s best for our Association. You can always count on his unselfish attitude and his passion for giving.”

Tony began his career on the Suncoast almost 30 year ago as a real estate appraiser. He moved into commercial real estate sales in the mid-1990’s and joined the Manatee Association of REALTORS®. Tony earned the CCIM designation in 2005. He worked with the Michael Saunders & Company Commercial Division for eleven years, prior to joining the SVN Commercial Advisory Group in 2011.

In 2018 Tony ranked #1 in the State of Florida and #8 in the World with SVN International. Tony married his wife, Debbie, 31 years ago. They have five children including two that were adopted from the local foster care system.

“Amy has done a fantastic job this year leading our organization very deliberately and diligently and deserves all the credit.”