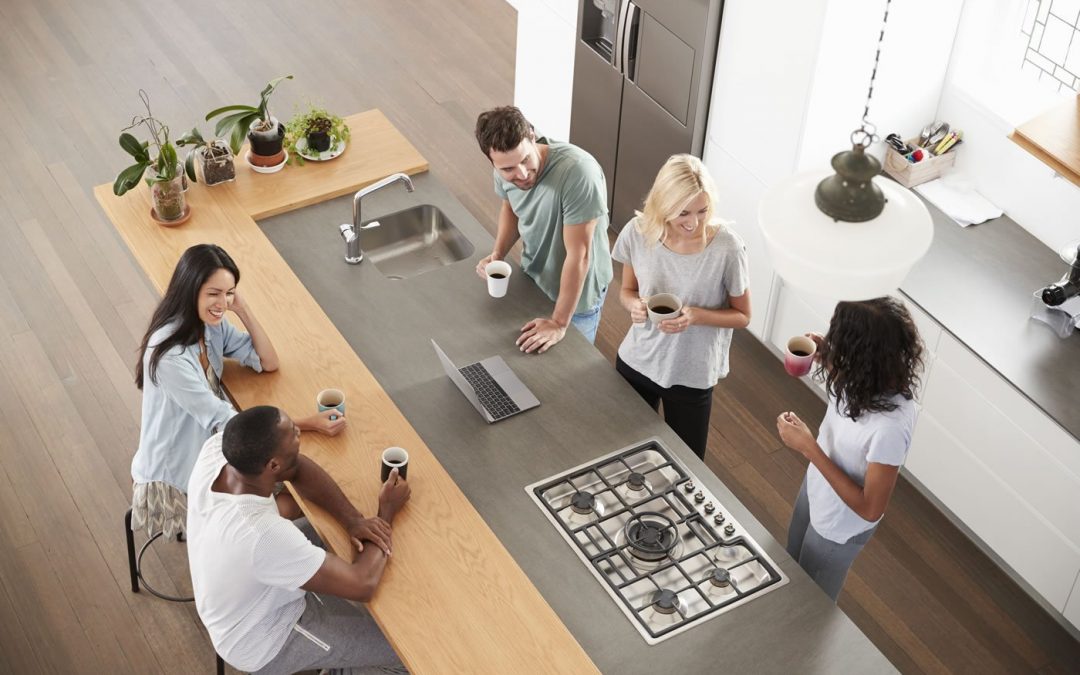 While the tendency to live alone is no new concept, more people than ever are opting to live solo. Cue the term single dwellers, which describes a household of only one person. Single dwellers are on the rise, especially in cities. This reflects shifting values, especially among young professionals, who are shedding the dated traditional stereotypes of marrying young and starting a family in exchange for professional and social focus. What’s more, thousands of modern news pieces lament the sky-high nature of rental costs, but often fail to inform us of a viable solution.

The UN has reported that “by 2030 two-thirds of the world’s population will be living in cities, the urban population in developing countries will double, and the area covered by cities could triple.” . One thing is for sure: something has to be done. Co-living is transitioning the residential housing market into a commercial game that benefits both investors and residents.

As the attraction to cities shows no sign of stopping, young people, in particular, are consciously deciding that they are more than willing to shell out some extra dollars in exchange for an individual space located in the urban core. This desire to be at the center of city bustle reflects an ever-present craving for the interaction, inspiration, and overall satisfaction that cities tend to provide. However, although this increase in living alone may initially seem to point in a direction opposite to co-living, a closer look into the details of these decisions shows that it is actually a probable next step in what we can expect smart cities to be like. The next big shift for single dwellers and smart cities overall is co-living.

Although they may opt for a space of their own, singletons aren’t looking for isolation. Their decision to live alone is coupled alongside the affinity to spend plenty of time out and about, engaging with others and the world around them. Turns out that people who live alone aren’t actually more lonely. Their private living space simply provides a site for individuals to decompress before returning to their activities. In this manner, single dwellers in cities operate in a similar way to co-living spaces already, they sleep and unwind in their personal room but are otherwise committed to cultivating professional and social networks elsewhere. With rental expenses creeping higher and much of renters’ personal spaces getting minimal use during the day, it’s clear that there’s a better answer.

The Desire for Personal Space, But Not a Lot of It

Single dwellers have shown that they’re certainly willing to trade space for location. While some take this commitment further than others with the rise of micro-apartments and tiny homes, co-living shows that this sacrifice doesn’t have to be so significant. In a shared home, residents still maintain the desired privacy of a single space by having their own room, but also enjoy the benefits of diversity and interplay that remains essential to them. Spaces like the kitchen and living room tend to receive little use throughout most days, but single dwellers shoulder the cost of each square foot all on their own. It makes sense to rethink this by paying for what’s used most.

Careful With Their Dollars

With the ever-rising cost of rent, especially in cities, wise residents know that budgeting is their best friend. At the same time, single dwellers don’t want to compromise privacy by bringing others into the same room — and shouldn’t have to. Choosing to pay more in rent for a closer location may actually be more economically sound. People are realizing that time is money, and spending an hour commuting each way is a greater economic disadvantage than paying higher rent for a centrally located living space. Co-living offers a feasible solution to the sting of astronomical rent prices while holding onto the basic priorities that lead individuals to seek their own home in the first place. The sharing of certain spaces while having others remain private helps to keep costs down at no spatial sacrifice.

One of the main reasons that those who live alone opt for this type of housing is because they are averse to clashing with others who do not align with themselves. People who live alone feel relieved that they aren’t “constantly being watched or judged by another person — you can truly be yourself both day and night.” In other words, single dwellers want to freely practice their own lifestyle without encountering the potential problems that come with an unsuccessful pairing. At the same time, the desire to connect with others and surround oneself with activity remains central. Luckily, co-living meets these needs by not only maintaining personal spaces but also offering a higher selectivity of candidates to ensure that residents not only fit one another but feel a continued sense of individual freedom as well.

Single dwellers have different ideas of what’s important in a space; namely, it’s all about the location, internet connection, and aesthetic quality, to start. When co-living spaces spread the cost across all residents, each guest has access to services that would be too costly to afford on their own. Features like a gym, designated workspace, chef, and pre-planned events all become a part of the rental cost as opposed to unattainable externalities. Most modern professionals are looking to optimize their time and money spent, and a simple cost-breakdown proves that co-living gives them more bang for their buck. This Forbes article explains, stating that “they are willing to sacrifice space in their individual units as long as these options are available, and their apartment buildings also offer appealing co-working and co-living spaces ideally designed for socialization.”

Clearly, single dwellers are onto something when it comes to what they find most important.

It just so happens that their guiding desires also fit perfectly into those of co-living as well. It will be no surprise that the future of cities and their valuable real estate takes a step into this modern direction. And it’s already happening: with the biggest investments into co-living to date, commercial development groups see the market potential and are rushing to get a piece of it. These long-term plays taking shape indicate that co-Living is not simply a rising fad but rather a complement to the modern technological world we live in. In order to meet this demand, the real estate industry can invest and partner with current ventures in the space; or better yet, open co-living spaces themselves.

Forbes agrees that “Co-living is a win for tenants, city governments, and landlords eager to reap the benefits of higher housing density, fewer commuters, more salary earners, and more rental income per square foot, among other things. It is generating new demand for remodelers and interior reconstruction firms. It could even help ease the impending U.S. caregiver deficit caused by a wave of retiring Boomers.” In other words, co-living is redefining more than just one corner of the market. Real estate leaders just need to decide which corner they want to enter.