This Southwest Florida Market Is More Than Just a Vacation Hotspot 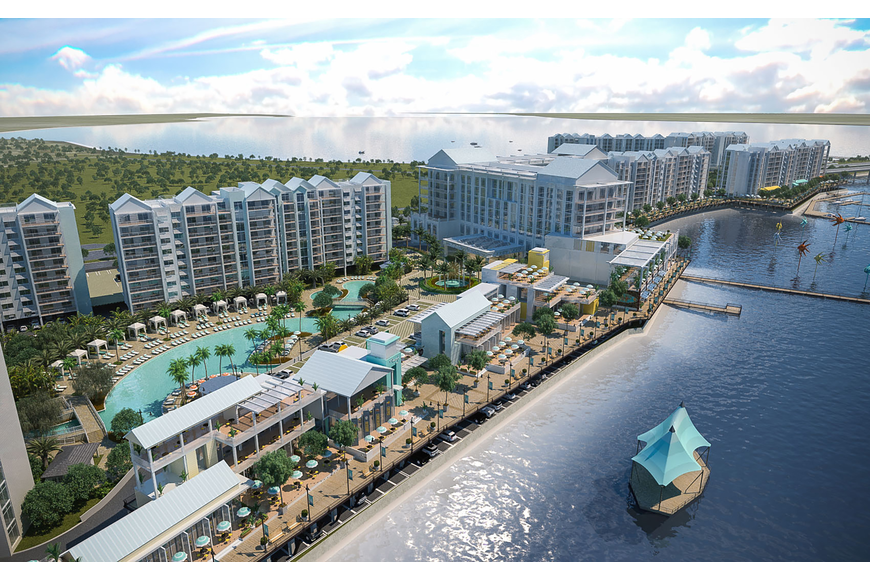 Renderings of the Sunseeker Resort that is currently underway in Port Charlotte, Fla. (CoStar)

Several projects are in the works across Punta Gorda, each with the potential to transform the market.

The most notable, Sunseeker, plans to bring 510 hotel rooms, 189 extended-stay suites, restaurants and retail space, in addition to hundreds of new jobs, to Charlotte Harbor. Also, the Charlotte County Board of Commissioners recently completed the sale of 452 acres to a private developer in the northern part of the county. That transaction is a major step toward the development of Murdock Village. The final product is expected to offer 2,400 residential units, 200,000 square feet of retail space, 150 hotel rooms and create around 400 permanent jobs.

These mega-developments mark a shift in the market from smaller, localized projects to larger mixed-use developments. Developers have only built a moderate amount of multifamily, office and retail in recent years compared to nearby Fort Myers and Naples.

In the multifamily sector, only one apartment complex was built in the Punta Gorda market in recent years. The 256-unit Springs at Port Charlotte delivered in October 2018, the first multifamily property to come online in the area since 2009. The property has done fairly well and has leased around 17 units per month, with concessions of one month free rent. Asking rents stand at $1,300 per month overall, in line with most new builds in Fort Myers.

Likewise, new office additions have been few and far between. In total, just 70,000 square feet has delivered since 2010. Virtually all of the new deliveries have been medical offices to support the growing segment of empty nesters locating to the region.

Unlike the other main property types, retail demand has remained robust in Punta Gorda. Developers have responded with roughly 540,000 square feet of retail space either underway or delivered since 2010. Retail vacancies have held below 4% since late 2017, the lowest in the region.