A CALLING TO GROW 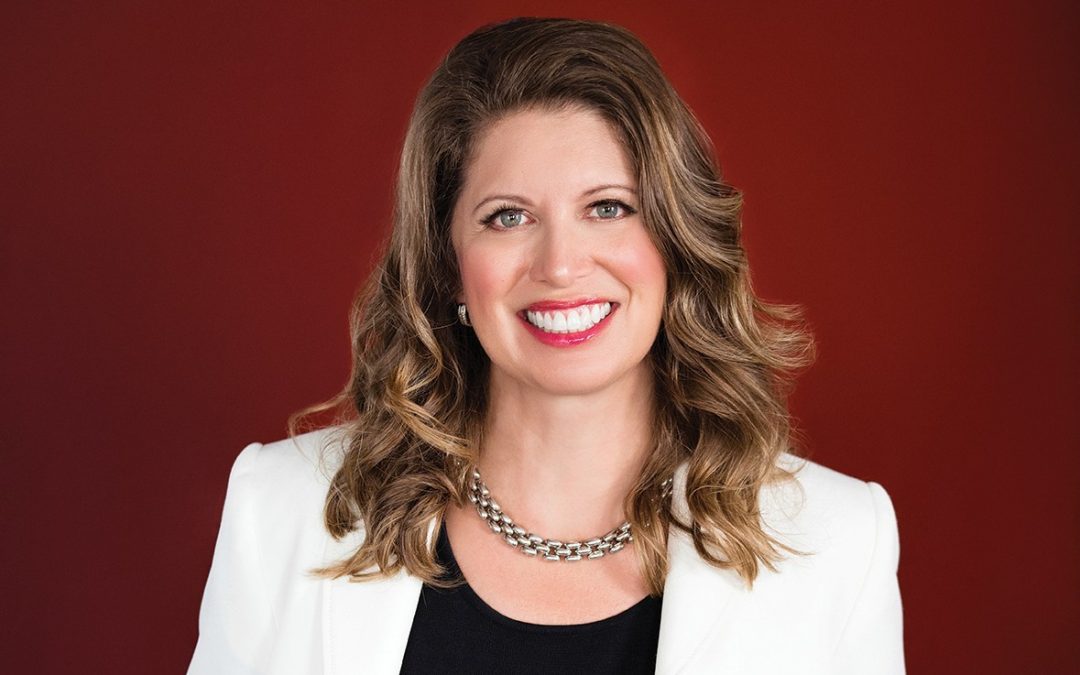 SVN’s Diane Danielson is rethinking everything about CRE

When SVN International Corp.’s chief operating officer Diane Danielson received the 2019 Leadership Award from CREW Boston for her work in diversity and inclusion, some might have assumed Danielson was being recognized for her work leveling the playing field for women in commercial real estate. The first thing you should know is that Danielson doesn’t like the phrase “leveling the field.”

“You get a better picture of what will best serve your industry when you have all the different viewpoints,” she said. “That means not just geography-wise, but different genders, different ages and different socioeconomic backgrounds too.”

Danielson, who has a background in commercial real estate, left the sector in the mid-2000s to work in, and learn more about, technology. She returned to commercial real estate when Kevin Maggiacomo, CEO and president, actively sought her out to join his leadership team seven years ago. The company was getting ready to rebrand in the wake of the Great Recession, having earlier completed a full franchise conversion and was ready to grow in new directions.

“They were looking for a different sort of skill set and wanted to diversify their leadership,” Danielson said. “My experience with real estate had previously been very non-inclusive and largely anti-technology. SVN embraced both of those things, so I knew I had to go for it.”

Today, SVN International Corp. has more than 200 offices across the globe employing more than 1,600 advisors and staff. The company has more than a dozen “specialty practices” and, thanks in part to Danielson’s active role in its branding and leadership, also excels when it comes to diverse, inclusive and raise-the-bar hiring—a phrase Danielson prefers to “leveling the playing field.”

“I used to use the term ‘leveling the playing field’ in terms of diversity and inclusion, but I’ve learned that a lot of times people assume it means that a company has decided to lower the bar in order to hire more people across a more diverse range,” she said. “Essentially, there is a common misconception that being more inclusive equates to lowering the bar in your hiring practices.” Danielson presents hard evidence this is not so.

Danielson said this practice allows SVN offices to hire agents who already have the skills and attitudes necessary to succeed. The approach de-emphasizes “cultural fit.”

According to SVN’s 2019 Diversity & Inclusion report, authored by Danielson, the focus on skills and attitude raises the bar for all candidates in all populations in the process. The result: The entire playing field is both level and higher without sacrificing the highest ground or the most qualified candidates.

Danielson taps into new networks to bring in new information from outside the industry. Doing so helps her assist in the recruitment of women and other demographic groups in a way that benefits the individuals and SVN offices.

“Women often have vast networks they are already part of that extend beyond their companies. This is an advantage when a business needs to look outside itself for new skills or new insights. Organizations like CREW Network have been instrumental in propelling women to where they are today in terms of their skills being recognized on an industry-wide level. More men need to tap into that expanded network.”

Danielson noted that rewriting some of their hiring language also helped attract more diverse applicants. Removing traditional language like “best and brightest” from job descriptions spurred more applications among people of color and various ages in addition to increasing female applicants, she said.

“There are plenty of studies that show women do not automatically think of themselves as the best or the brightest,” said Danielson. “This is a result of years of bias, and it means women will not even approach a new position unless they believe they already check every box and are 100% qualified. Just removing that terminology makes the application feel more accessible. Even better, you end up getting a higher caliber of candidate across the board rather than just soliciting a targeted, gender-specific, age-specific or ethnicity-specific group. Every company must look at the language they use when they are hiring if they truly value diversity and inclusion.”

Rethinking and Retooling an Outdated Infrastructure

Danielson believes passionately in taking her industry to its full potential. To do that, she says, requires new levels of diversity and inclusion in hiring and leadership.

“The CRE brokerage industry is at the edge of a demographic precipice,” she observed in her 2019 report on the topic. “With a median age of 60 years old, CRE brokers as a group are substantially older than the average funeral home director (median age of 53.1), textile mill worker (51.5), and religious organization employee (51.5), who work at the three oldest industries as recorded by the Bureau of Labor Statistics for 2017. How did this happen?”

Danielson’s answer is simple. Five factors contributed to the aging of the industry:

Further, she added, “The lack of women and people of color in executive roles in CRE makes it difficult to attract younger and diverse candidates to the business. If new recruits look upward and don’t see anyone who looks like them, they will likely conclude there is little opportunity for their own career growth.”

Danielson routinely makes waves with her blunt, unwavering assessment of her own industry’s hiring practices and the need for proactive hiring measures. To which she says, “If not me, then who?” Danielson believes the CRE industry is perfect for a younger, more diverse population, but only if the industry can reach those individuals.

“They want to make an impact on their community, and there is no better way to do that than in CRE. Creating communities is 90% of what we do,” she said.

“If we can get more people to think about communities they want to live in and then take an active role in creating those communities, we can provide these young people, these women, these people of color, with a lucrative career in a profession that does not require seven extra years of school to begin,” she said.

In Diane Danielson’s view, there will always be people in professional settings who believe women should not be there. “Women can’t fix those people,” she said bluntly. “So, I have an issue with putting the onus [for that] on women.”

Still, Danielson believes there are things women can do to give themselves leverage in those situations.

“Unfortunately for women, having credentials means more [than it might for men],” she said, recalling how, as a commercial broker, she was able to get past hurdles others in the industry had about her presence “at the conference table” because she was also an attorney. “It’s not fair, but if you have your CCIM or other CRE-related degree or certification, you can walk into any meeting and there is no way any person in that room can feel like you should not be there—including you.”

Danielson also recalled certain male “allies” who supported her, including SVN’s CEO and president Kevin Maggiacomo. “They are out there and finding one who will just include you in conversations can help,” she said.

Finally, she said, getting embedded, not just involved, in organizations can be crucial to success. “Showing up is good, but getting involved on a committee is better. That is where your closest friends and supporters will be found.”

Diane Danielson has spent years researching diversity and inclusion and tracking the results of initiatives based on inclusion and diversity goals. She has found there is definitely a “right way” and a “wrong way” to handle the process.

Danielson said many companies assume it is sufficient to meet their diversity goals simply by hiring someone “because they are different.” Doing so may create a diverse workforce in appearance, but it is unlikely to create a lasting, positive, productive impact on the company. “A diversity program without top-to-bottom inclusion is simply checking the box and will not effect change in an organization,” she said.

For example, although some commercial real estate companies try to hire women for leadership positions, those women may not remain with the company or they may feel isolated because, in fact, they are isolated as the only woman and appear likely to remain so. “The closed network status of commercial real estate has prevented women from entering the industry pipeline and, more importantly, staying long enough to change the dynamics at the top,” Danielson explained.

How can a company make a true and lasting change for the better when it comes to diversity and inclusion in hiring and in business practices?

“Not all women marry. Nor do all women stay home. Not all women want to be the primary breadwinner. No one woman represents all women,” she said. “That one woman you met who did something you did not agree with does not represent half the population of the planet. In real estate, people tend to assume that people in a network are all very similar people. You cannot apply that to the entire gender.”

“If you have an experienced female in commercial real estate who either runs her own company or is in a senior position, that means they stuck it out through at least one recession and a potentially hostile work environment,” Danielson said. “It’s a very small group, and we have to change that if, as an industry, or as leaders in an industry, we want to be profitable and grow in today’s interconnected and rapidly diversifying world.”