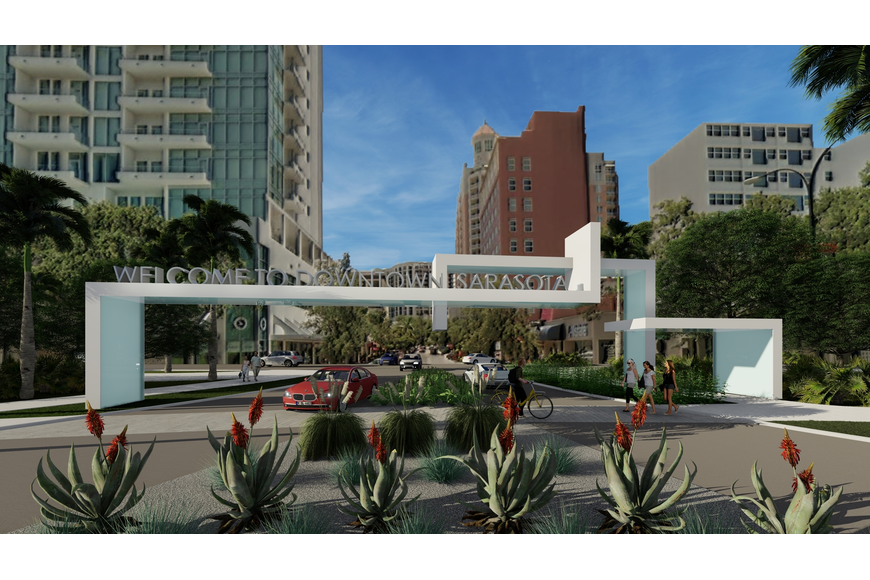 A downtown group hopes to erect a landmark sign near a main entry point to the urban core.

The Downtown Improvement District continues to pursue a project that would construct a gateway sign welcoming visitors to downtown near the intersection of Main Street and U.S. 41.

On Tuesday, the DID board met with representatives from DSDG Architects. A city committee chose the Sarasota-based firm to undertake the project in June.

The DID board agreed it preferred the design DSDG labeled “Option 1.” Eileen Hampshire, a board member who has previously criticized the project, offered her endorsement.

The DID board did not formally approve a contract with DSDG and instead directed the firm to refine its scope of work agreement.

DSDG originally estimated the project could cost between $50,000 and $150,000. On Tuesday, however, the firm said the estimate needed to be refined and did not include costs associated with surveying the land.

The DID, which generates funds from a tax on property owners within its boundaries, has previously budgeted $150,000 for the project.

After the DID board finalizes a preferred design, the plans must go to the City Commission for approval before construction could begin.