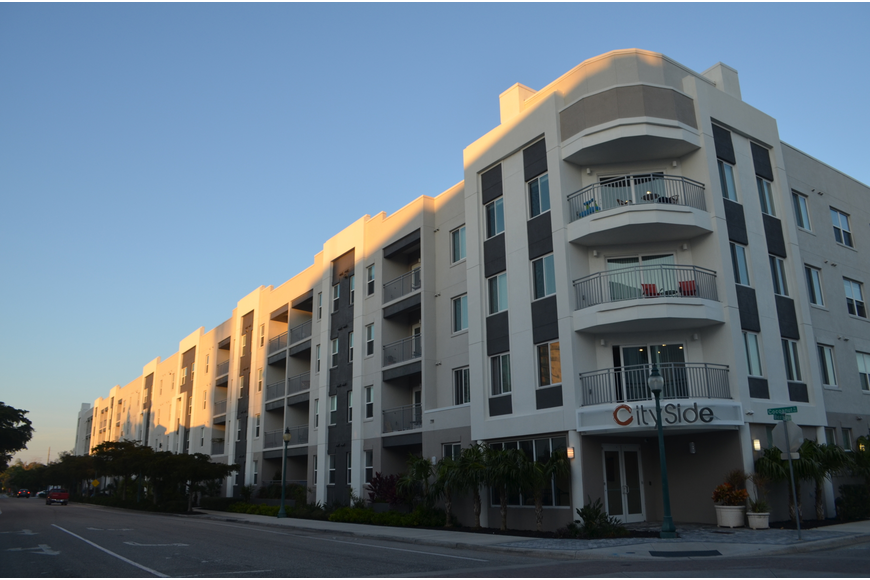 After two years of community organizing and planning work, Rosemary District residents and city staff are enthusiastic about the prospect of implementing new building regulations to help guide the growth of a rapidly developing neighborhood.

Soon, staff and residents will find out if the City Commission shares that enthusiasm.

On Monday, the commission is set to discuss its vision for long-term residential zoning standards in the Rosemary District. Although the commission will consider an assortment of potential changes, planning staff and the Rosemary District Association have endorsed regulations that would increase the permitted density in the neighborhood while requiring higher standards from developers undertaking new projects.

“They will provide some new incentives unlike anything we’ve done there before,” Planning Director Steve Cover said.

The last time the city adjusted the zoning rules in the Rosemary District was in 2014. The creation of the Rosemary Residential Overlay District raised the maximum density in the neighborhood from 25 units per acre to 75 units per acre. It reshaped a downtown-adjacent area long targeted for revitalization. More than 1,500 new residential units have been built or approved in the past five years, and another 200 are under review.

The overlay district, which expired at the end of 2018, achieved the city’s goals of encouraging more investment in the neighborhood. But all the new building raised questions from residents and officials about the quality of the growth and the affordability of the housing units going up in the Rosemary District.

Staff has written its recommended zoning changes with those concerns in mind. Working in collaboration with neighborhood association representatives, the favored concept would require all new residential projects to undertake certain public realm enhancements. The proposed regulations speak to sidewalk width, facade design, public art contributions and the placement of porches, balconies and canopies.

On Monday, planning staff will present four options for adjusting the residential building rules in the Rosemary District. Here are the four possibilities staff has prepared:

The baseline density under the neighborhood-backed proposal would be 40 units per acre.

Howard Davis, a neighborhood association board member who worked with the city on the proposal, said the incentives speak to resident concerns highlighted during a community visioning process that began in 2016.

The maximum density incentive, allowing up to 100 units per acre, would be offered to builders willing to incorporate affordable housing into their project.

During preliminary conversations about the zoning changes, commissioners have indicated affordable housing is a priority. Still, ahead of Monday’s meeting, Cover said staff has heard concerns about the prospect of increasing density beyond 75 units per acre in the neighborhood.

“Some people felt a little uncomfortable about 100 units per acre, so what we wanted to do is provide one more option,” Cover said.

Davis acknowledged hesitancy from some residents about the prospect of raising the maximum allowed density in the neighborhood, but others have suggested the density should be even higher. Davis said the neighborhood’s proposal was a product of compromise — and so far, he said, he hasn’t seen any real opposition.

Staff will present two other possible zoning changes: establishing a flat density level of 25 or 75 units per acres. Davis said he does not think those options are viable because they address neither the neighborhood’s needs nor the possibility of creating more affordable housing.

Cover made clear staff is also a strong believer in the incentive-based options, optimistic they would elevate the quality of development in the Rosemary District.