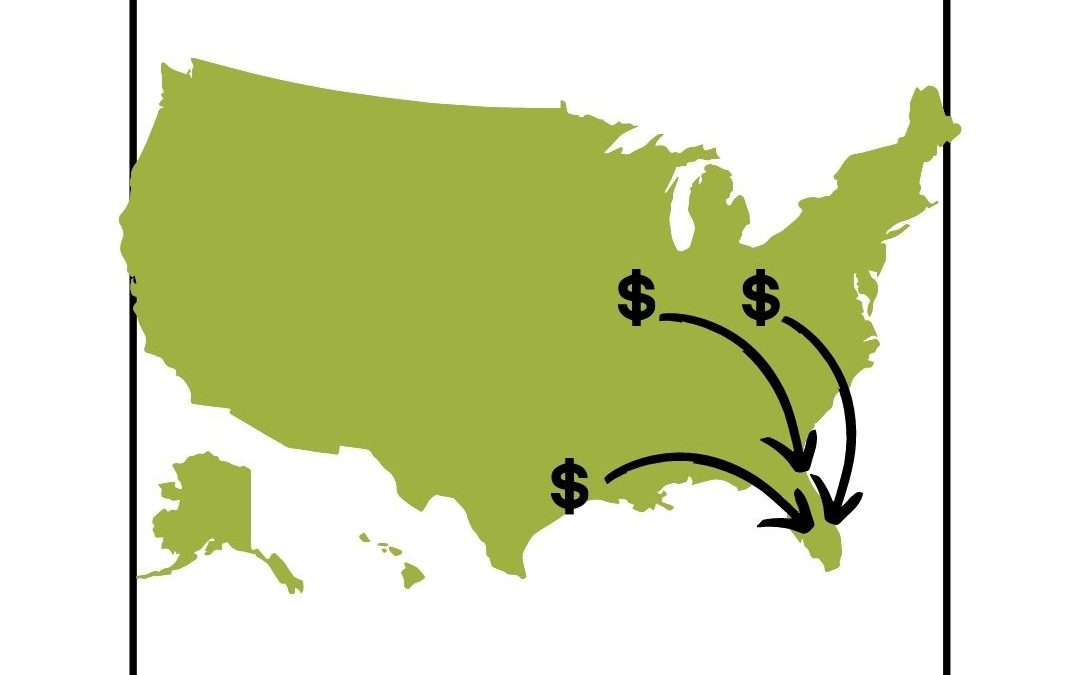 Migration of business owners into Florida gives CRE a boost

One real estate trend you can usually count on is that a boom in the residential market will lift the commercial real estate (CRE) market as well.

That’s certainly been the case in Florida during the last couple of years. The flow of people moving into the state has become a torrent, creating a huge demand for residential real estate. Between 20 and 40 percent of the homes on the market during this time have sold for more than the listing price. It’s been common to see homes snatched up after being on the market for only four to six days. And if you visit open houses, you’ll quickly notice they attract a lot of cars with out-of-state license plates — not a coincidence.

The effect of the pandemic lockdown is a leading reason people are moving to the Sunshine State in such large numbers. Many business owners found themselves unable to operate and stay afloat amid the limitations imposed on them in northern states. They eyed Florida because the COVID-19 policies here were far less restrictive. The absence of a state income tax has also been attractive to business owners who spent months struggling to make ends meet as their doors remained closed.

A place for the business

Because business considerations have driven so much of the migration into Florida, the people coming here require more than just a house to inhabit. Many of them are buying properties from which to conduct their businesses. That trend has led to new demand in CRE, particularly in Sarasota and Manatee counties.

Obviously, not all of Florida’s business sectors have done equally well. Medical office space has been unaffected for the most part. But professional office CRE has suffered a great deal from the lockdowns as business owners discovered their employees could work from home as well as anyplace. The transition of more and more employees to remote work has reduced demand in this market.

Retail has also fallen on hard times as shoppers have switched their buying habits to online ordering so they can avoid public spaces.

Hospitality, however, has been another story. In the early days of the pandemic, occupancy in many hotels fell to near zero and people feared the market might never come back. But once enough time passed and people could no longer restrain their pent-up desire to travel, the market roared back. Rooms began filling up with tourists seeking relief from their cabin fever. Now, investors are out looking for these properties, which can be hard to find.

Different that the previous downturn

People who remember the economic downturn of 2007 and 2008 may wonder how things have picked up so quickly over the past year. One major reason is the flow of available cash. Retiring baby boomers have a lot of it right now. Bank reserves, too, are much healthier now than during the last economic slump; in fact, there’s about three-and-a-half times more cash available today. All of this has helped stave off a longer-term downturn in real estate.

So the dynamic of CRE following residential is fairly straightforward here in Florida: People moving from elsewhere are often relocating their businesses and they need commercial property. While there may be a lag of several months, CRE generally picks up after people start buying homes. This is true in most markets and we’re glad it’s happening at present.