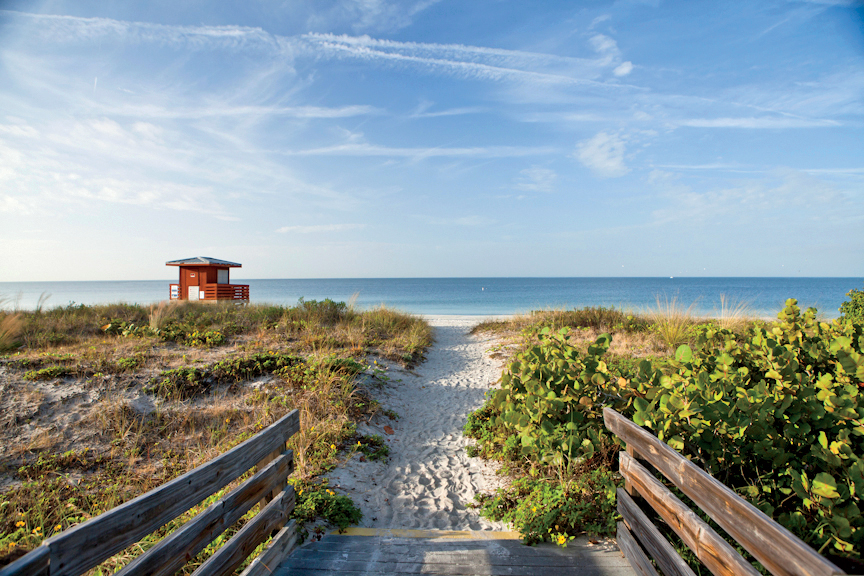 Commercial Real estate volume reached $127 billion in transaction volume in Q2 2019, up 2% from last year’s Q2 volume. Led by the office, apartment, and senior housing sectors, this marks an improvement from the dip seen in Q1 of 2019.Senior housing and care saw the biggest growth, rising by 51% YOY in Q2 2019, with office sales trailing close behind, up 30% YOY, with the major deals being closed in the technology market. However, the apartment sector remained as the largest investment market in Q2, 2019 with sales volume of $43.2B, up 19% YOY. Sales volume in the industrial sector fell in Q2 2019, down 13% YOY. However, demand from investors is still strong and entity-level transactions that have not yet closed, will likely push sales growth for the latter quarters of the year.

Florida, which ranks fifth in the U.S. for overall commercial development by an affiliate of the National Association of Industrial and Offices Parks; continues to boom across most sectors. The Sarasota-Bradenton-North Port MSA was no exception.

Sarasota posted an annual office sales volume north of $150 million for the past four years, with over $80 million completed in office sales thus far in 2019. This will poise the market to continue that streak into a fifth year. Medical office remains a key component in Sarasota’s office market due to 40% of the population aged 65 or above.  While retirees are attracted to Sarasota, the area’s employment base is increasing, with job growth over the past seven year at 3.6%-twice the national average.

Sarasota’s industrial market has arguably never been sounder with vacancy rates hovering within 100 basis points of the all-time low. The market has effectively been in equilibrium for the past three years and the tight vacancies have allowed healthy annual rent growth. Although the annual gains have continued to gently cool in 2019, they remain roughly twice the long-term average.

Sarasota’s vacancy rate has fallen to among the lowest levels ever recorded. Though the booming population growth, income growth, and tourism fuels consistent demand, the historically-tight vacancies are more a function of a muted supply pipeline. In fact, even as new construction has ticked up in 2019, the amount underway is still below long-term trends.

After a largely sluggish first half, investment activity has picked up over the past two months. Prior to the end of July Sarasota’s retail sales volume exceeded $200 million for the sixth consecutive year and was on pace to exceed the all-time record high. It appears the market is near peak pricing, with cap rates and price growth relatively flat over the past three years.

Investment activity has slowed in 2019, though Sarasota remains on pace to post the fifth-consecutive year of above average sales volume. However, the dropoff from the last four years is marked, which averaged over $400 million annually. Price growth has continued to increase, alongside gently compressing cap rates.

With more than 5,500 units completed since 2014, a 20% increase in inventory and more projects under construction; Sarasota remains in the middle of a rental apartment supply boom.