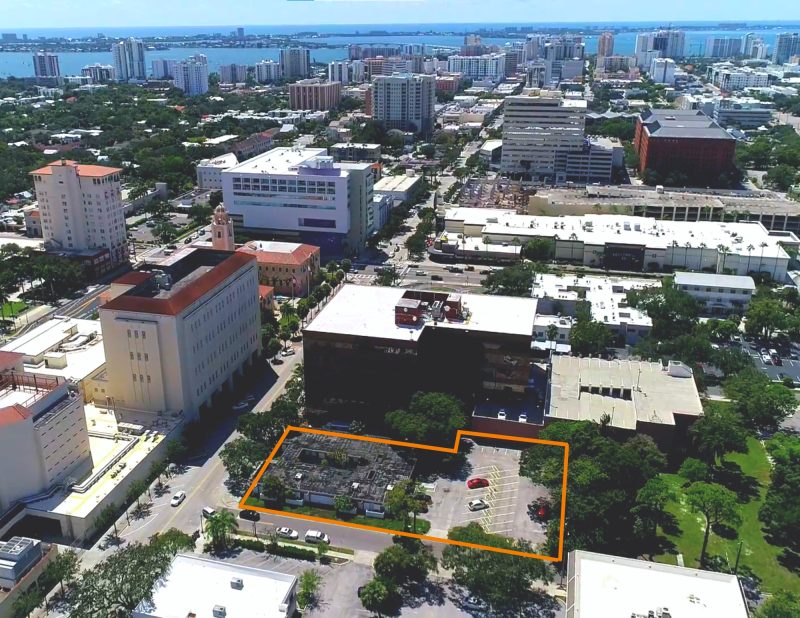 “The sellers originally purchased the property with intentions to develop a hotel,” said Migone, longtime advisor with SVN Commercial Advisory Group. “But because there was so much interest in this property since they had acquired it, they changed course and put it on the market instead.”

Center Pointe Property, LLC, was the buyer. The land totals 31,603 square feet and borders Wallace Street on the east side. A single-story, 6,050-square-foot building currently on the property will undergo demolition to make room for new construction.

“The city of Sarasota recently responded to the need for affordable housing by adding an overlay district for certain downtown zoned properties, allowing up to four times greater density with the inclusion of affordable housing,” Migone said. “That move increased the property value substantially, making it very appealing to developers.”

The buyer plans to hold the property for the time being, with an eye toward future development.

The site is a 12-minute drive from the Sarasota–Bradenton International Airport, with easy access to I-75 and the rest of downtown Sarasota.