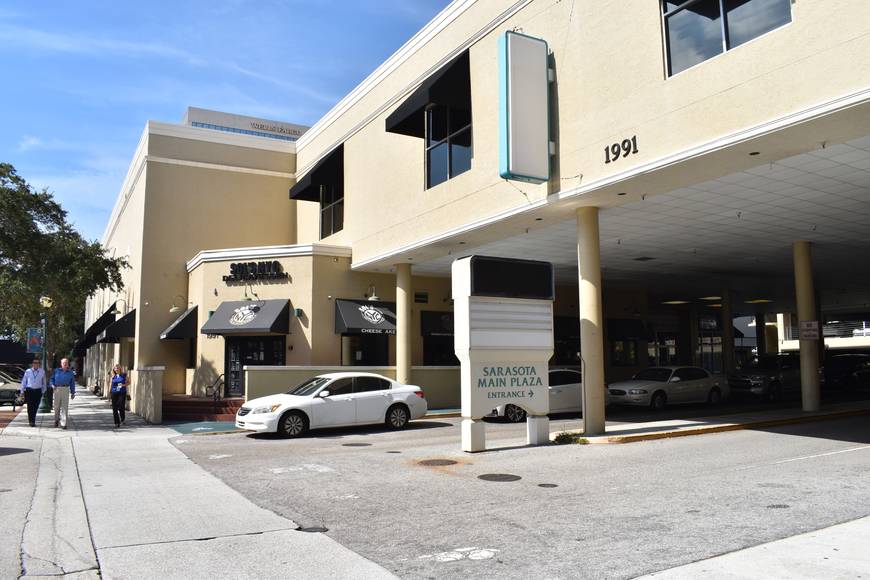 In addition to 418 dwelling units, the plans for a portion of the downtown property call for 50,700 square feet of commercial space on the ground floor.

A Connecticut-based company has filed plans with the city to build two 10-story residential buildings on the site. This, after spending $20 million to acquire five acres of the Main Plaza property in downtown Sarasota, a

On Nov. 15, BPOZ 1991 Main submitted a development application detailing a proposal for 418 residential units and 50,700 square feet of commercial space at 1991 Main St. The plans call for the demolition of the existing 236,291-square-foot shopping center to make room for the new construction.

The plans show four retail spaces on the first floor, ranging in size from 25,000 square feet to 1,400 square feet. The residential units, divided into two buildings, have between 40-61 units per floor. The top two levels contain 40 two-story penthouse units.

In addition to a connection to the existing five-story parking garage on the site, the plans include some parking on the ground level of the proposed development. The proposal would not affect neighboring structures, including the Hollywood 11 movie theater, Staples and Bank of America.

Paxton Kinol is the listed representative for the property owner on the application. He is a managing director at Belpointe Capital. Belpointe Capital is a Greenwich, Conn.-based real estate investment trust.  They purchased a segment of Main Plaza earlier this month. Kinol was not available.

The proposed site plan is available on the city’s website.