Does an Inverted Yield Curve Spell Doom for CRE? 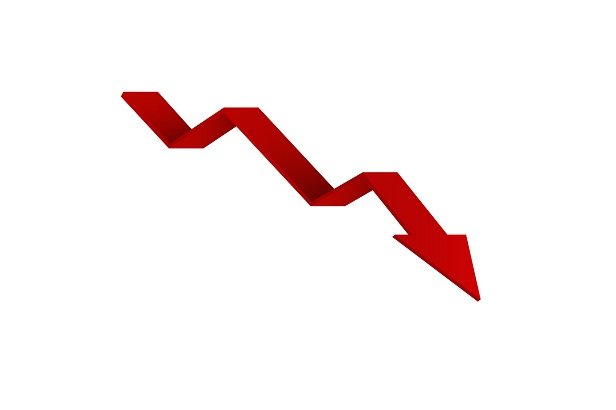 And here’s another question: Will lower interest rates lead to riskier CRE deals?

WASHINGTON, DC—On Wednesday the yield curve inverted—that is, yields on two-year Treasury bonds were higher than those on the ten-year bonds—for a short period of time before the markets opened. Brief though the inversion was, it roiled the stock markets because of the widely accepted stat that recessions typically follow 18 to 24 months after this type of yield curve inversion.

Of course, the yield curve has been steadily declining since January 2014 and other portions of it have inverted in recent months, such as the 10-year/three-month yield curve. These developments, though, did not set off widespread alarm bells such as the psychological milestone of the 10-year/two-month piece.

Yesterday’s events begs the question—what does it mean for commercial real estate? After all, the consensus for the industry has been for some time that the inevitable recession that will follow this cycle will be mild, given the otherwise strong fundamentals of the US economy. Some analysts, such as Richard Barkham, CBRE’s Global Chief Economist, continue to have this view.

“Various factors will continue to support capital flowing into real estate,” he says in prepared remarks. “Debt and structured finance opportunities have increased as many borrowers are refinancing at lower rates for longer terms than they have in years to capture the benefits of a low-cost, highly liquid debt environment.” His conclusion is that lower hedging costs and the resilience of the US economy will keep foreign capital flows into the country strong. And that investors searching for higher yields will continue to turn to commercial real estate.

Unfortunately some of the dynamics that caused the yield curve to invert are still present. CBRE notes in a research alert that escalating trade tensions have caused investors to seek sanctuary in the long-dated US Treasuries, resulting in an inversion. “The drop in the 10-year Treasury yield—the backdrop to today’s yield-curve inversion—reflects ever deeper worries about U.S./China trade tensions, a hard Brexit and the deepening trade conflict between Japan and South Korea,” it wrote.

Here it must be noted that a flattening yield curve does hold some advantages for CRE, according to Transwestern.

Namely, it says that it offers a rare opportunity for commercial real estate borrowers to refinance loans into longer-term debt before lenders begin inserting floors into new loan documents, providing a hedge against rising interest rates.

Another silver lining to an otherwise glum picture comes from Transwestern’s Robert Murphy, vice president of Structured Finance. In a recent policy paper he noted that several economists—including Federal Reserve Chairman Jerome Powell and Ben Bernanke, the former chair—have suggested that the yield curve has grown distorted and unreliable as a forecasting tool.

“Those obfuscating factors include central bank manipulation at both ends of the yield curve: In addition to adjusting the fed funds overnight lending rate as a benchmark for short-term lending, the Federal Reserve and other central banks are winding down programs of quantitative easing or buying massive quantities of long-term government bonds, which reduced supply and raised prices, thereby lowering yields,” Murphy wrote.

Another separate but related event must also be factored into this mix: the Fed’s new approach to interest rates. In a recent article in JLL’s Investor publication, it noted that the Federal Reserve’s decision to lower interest rates may boost real-estate investor confidence, leading to increasing investment volumes—and, potentially, risker dealmaking.

Earlier this month the Fed lowered its benchmark interest rate by a quarter point to about 2.25%, the first of what could be multiple cuts this year. Commercial real estate investors will likely take the decision as a signal to continue buying property, even at lofty valuation levels, according to Ryan Severino, Chief Economist at JLL.

“The rate cuts should keep the market attractive to investors in the short run,” Severino said in the publication.

Longer term, “it risks widening the rift between market expectations and the underlying economic reality, which could form the seeds of an asset bubble,” he said. “Since we did not see a strong chance of the economy backsliding into negative growth over the rest of this year if there was no cut, the risks associated with the Fed’s decision may be greater than any boost to the market.”