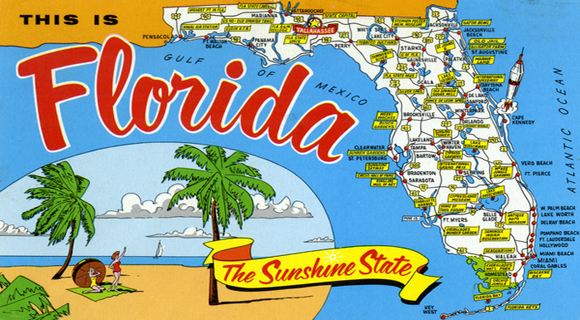 It’s not just your imagination: Florida is booming. The state ranked fifth in the U.S. for all commercial real estate development, according to an annual survey by an affiliate of the National Association of Industrial and Office Parks.

The Sunshine State trailed only Texas, New York, California (perhaps no surprise there) and a sleeper — Tennessee.

In all, Florida commercial real estate projects pumped $20 billion into the state’s economy last year and supported more than 161,000 jobs, according to the survey by the NAIOP Research Foundation’s annual “Economic Impacts of Commercial Real Estate” report.

Some sectors did better than others, according to NAIOP. Although Florida ranked 10th in office development, it was No. 2 in the nation — behind only Texas — in retail growth.

Incidentally, the state’s 11.77 million workers in retail projects with ties to “soft costs” — legal, engineering, marketing, architectural and the like — was tops in the U.S. last year, the survey found.

Also not surprising, given the growth of the Interstate 4 Corridor between Tampa and Orlando, Jacksonville and that of Miami and Fort Lauderdale, the state ranked third in industrial development. That segment includes e-commerce distribution and logistics fulfillment facilities, like the ones Amazon, Walmart, Best Buy and others have built in Central Florida.

In all, commercial real estate development in 2018 contributed a staggering $3.7 trillion to the U.S. gross domestic product last year.

This article was originally written & published by: Kevin McQuaid Commercial Real Estate Editor for the the Business Observer.