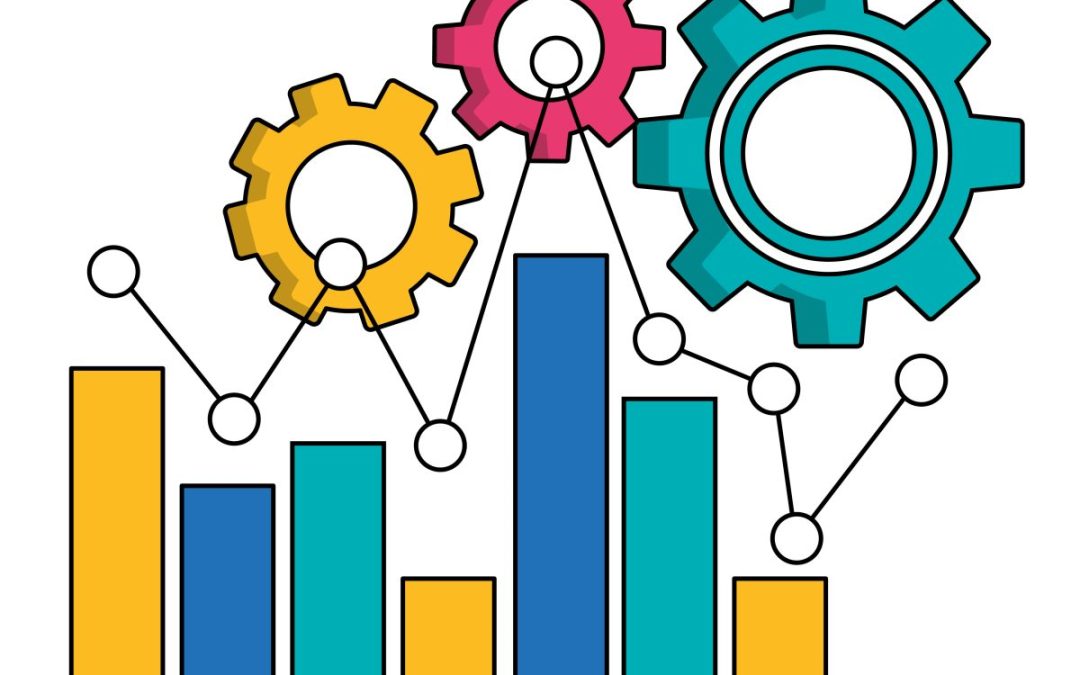 • In PwC’s report on Emerging Trends in Real Estate for 2022, respondents highlighted a range of influential factors likely to impact real estate outcomes over the next year, including climate change, remote work, investor capital, prop-tech, and of course, COVID-19.
• The report notes the impact of extreme weather events in 2021 on the commercial real estate sector, including massive flooding that occurred in the New York metro recently and persistent wildfire risk in the West. 82% of respondents consider environmental, social, governance (ESG) elements in their operational investment decisions, with a slight majority indicating that these actions are for risk management, while a slight minority indicate it is for tenant and investor requirements.
• The future of remote work also took center stage. 20% of workdays are expected to be conducted outside of the workplace compared to just 5% pre-pandemic. While most CEOs have signaled their desire for employees to return to the office, an attitude shift has taken place, with more employers offering the perk in various forms and workers in better positions to accommodate remote-work setups.
• Investment capital has been flowing in droves so far throughout 2021, but the evolution of demand trends and interest rates over the next year may change that. So far, investors see the demand as remaining strong, but the ability for lenders and fund managers to remain disciplined in a tightening market will put things to the test.
• Property Technology (prop-tech) and digital advances also were noted as significant factors in the report, with virtual tours, automation, and friction-free leasing processes helping transform the sector during the pandemic.
• COVID-19 remained a concern on the minds of investors and the least predictable. The pandemic impacted the four main commercial real estate sectors in varying ways, but the path of case counts and vaccinations remains a catalyst to reducing investor uncertainty.

• Last month the Federal Housing Finance Agency (FHFA) established a new volume cap for Fannie Mae’s and Freddie Mac’s Multifamily lending arms, increasing the loan purchase cap from $70 billion each in 2021 to $78 billion each in 2022 ($156 billion combined).
• The updated cap retains the requirement that at least 50% of all loan purchases be mission-driven lending but increases the affordable housing requirement from 20% of loans to 25% of loans. The FHFA considers housing to be affordable when it can be afforded by residents earning 60% or less of their area’s median income.
• In Q3 2021, Fannie’s new multifamily business volume totaled $16.4 billion, and $48.8 billion was borrowed during the first nine months of the year.

• Effective asking rents for move-in leases increased by 0.6% in October, according to the latest data by Real Page.
• October’s growth is the weakest increase recorded since February and comes amid a seasonal decline in U.S. leasing activity to start the Fall, which has calmed upward pressure on rent prices.
• Sun Belt metros continue to be dominant markets for growth, particularly in Florida, which was home to 9 of the 12 largest monthly metro-level increases in October, with Naples, FL rising to the top spot.
• West Palm Beach, Phoenix, and Tampa experienced the largest annual increase through October, with effective rents climbing by 27.0%, 26.7%, and 25.8%, respectively. The Minneapolis metro area experienced the most tepid annual climb of the top-50 metros, rising by just 4.1% year-over-year.

• The Consumer Price Index (CPI) rose by 6.2% on a year-over-year basis through October and is up 0.9% from September’s level, according to the latest release by the BLS. October’s reading is the largest annual increase in the inflation gauge since December 1991.
• Prices increased across the board, but energy prices provided a significant amount of upward pressure on the overall rate, with fuel oil prices shooting up 12.3% along with gasoline prices, which rose by 6.1%. Electricity prices also saw a significant uptick in October, registering their largest one-month increase since March of 2014.
• Food prices, considered a non-core item of the index like energy prices, also continue to face higher than normal price pressures, rising by 5.3% on the year. More concerningly, food inflation has
accelerated in recent months, reaching month-over-month growth of 0.9% in October, which matches its September rate and is more than double its August reading. Further, consumers are seeing prices climb faster in the grocery store aisles than on take-out menus—the food-at-home index rose 20
bps faster than the food-away-from-home index in October, after more than doubling its growth in September.
• CPI less food-and-energy, a less volatile measure that is more focused on by policymakers that monitor inflation, also saw a large increase, rising by 4.6% year-over-year. Used cars and trucks continue to be the largest contributor to the slimmed-down measure, registering a 26.4% increase since last October. New Vehicles meanwhile are up by 8.4% year-over-year. Transportation services and Shelter costs rose by 4.5% and 3.5%, respectively.

• New office space demand appears to be moderating from its recovery-driven rebound that took place throughout this year, with the VTS Office Demand Index (VODI) falling 14 points in September from 87 in August.
• While in normal years, office space demand faces a degree of seasonality, the pandemic threw some of these patterns off. Many planned 2020 transactions were delayed while reopening demand caused its own seasonally agonistic surge. As a result, last month’s decline in office space demand may indicate the cycle is reverting to seasonality.
• According to an analysis accompanying this month’s report, researchers speculate that several large companies shifted back into the office market sooner to meet their return-to-office goals, resulting in a late-summer surge at the expense of the fall season.
• More remote-friendly cities like San Francisco, Washington, and Boston faced declines during the month, while less remote-friendly cities such as New York, Los Angeles, and Chicago all sit above 80% of their pre-pandemic levels. VTS uses its own internal metric to determine each city’s exposure to remote work.

• CMBS Delinquencies fell to 4.61% in October, a decline of 64 bps from September and its steepest improvement since earlier this year, according to the latest report by Trepp. Following two large increases in May and June of 2020, where delinquencies reached a pandemic peak of 10.32%, the rate has now receded for 16 consecutive months. On a year-over-year basis, overall delinquencies are down by 3.67%.
• The Lodging sector, which faced the strongest pandemic-induced headwinds, continues to post the highest CMBS delinquency rates of all sectors, though it has fallen considerably over the past year. In October, 10.04% of loans were at least 30-days delinquent, down from 19.43% in October 2020.
• Industrial still leads the pack with a CMBS delinquency rate of 0.53%, 6 bps below its September level. The Multifamily sector takes the second spot, with a rate of 1.70%, indicative of the swell of demand in the housing market throughout the economic recovery. Multifamily CMBS delinquencies are down by 25 bps from September and down 125 bps from one year ago.
• The nationwide Office recovery has helped push down delinquencies in the sector, dropping from 2.95% in October 2020 to 1.80% in the most recent reading.
• Retail loans charted a delinquency rate of 8.39% in October, down 136 bps from last month and 594 bps year-over-year.

• On October 28th, the National Multifamily Housing Coalition (NMHC) released its Quarterly Survey of Apartment Conditions for the third quarter of 2021. The survey’s four indices, where a measure above 50 indicates expansionary conditions from the previous quarter and one below 50 indicates contractionary conditions, all continued to show positive momentum in Q3.
• The Market Tightness index registered its second-highest level since tracking began in Q3 2017. The market tightness index registered its largest increase on record in Q2 2021 and its third-highest in Q1.
• Sales volume also continued to grow, with the index registering consecutive quarterly readings of 79, its highest increases on record. It is also the third quarter in a row that each of the market tightness, sales volume, and equity indices all sat in expansion territory.
• Debt financing conditions were weaker, registering a 48 in Q3. However, a majority of respondents indicated that conditions were unchanged from a quarter ago. Responses to the debt financing survey historically experience more volatile swings from quarter to quarter, and Q3’s reading follows an expansion of 71 in Q2.

• The October Senior Loan Officer Opinion Survey produced by the Federal Reserve’s Board of Governors signaled that underwriting standards eased and demand intensified for commercial and industrial loans in the third quarter. Banks expect stronger demand for C&I loans to continue to build over the next six months for firms of all sizes due to a stronger outlook for investment and an expected increase in consumer financing needs.
• Standards were reported to be easing for small, medium, and large firms alike, though demand from smaller firms was relatively unchanged while demand from medium and large firms increased.
• Commercial real estate loans of all sectors showed easing standards. Both Multifamily loans and those secured by nonfarm nonresidential properties exhibited particularly strong demand. Meanwhile, borrowing for construction projects remained relatively unchanged.
• Standards for loans to households also eased but showed weakening demand. Credit-card, auto, and other consumer loans also saw standards ease.

• A November 2021 working paper conducted by the National Bureau of Economic Research attempts to estimate the economic value of zoning reforms passed and implemented in Sao Paulo, Brazil, in 2016. Their analysis finds that multifamily permit filing had increased in blocks with higher allowable densities while average shelter prices receded.
• Utilizing these findings, the researchers developed a framework for analyzing how such activity could impact the national housing stock. Their model estimates that new supply from the reforms would produce a 2.2% increase in the total housing stock and reduce prices by an average of 0.5%.
• The 2016 reforms established new maximum built-area-ratios (BAR) for each city block in Sao Paulo, and areas that received larger BAR increases from the reform tallied higher construction growth and steeper price declines. The largest construction increases and price declines were 37.5% and -6.2%, respectively.
• On the flip side, congestion costs from added density reduced welfare gains by 1.3%. Additionally, college-educated and higher-income households gained the most value from reforms, as families situated in more expensive suburbs were better positioned to take advantage of relatively cheaper urban options that offered comparable amenities. Lower-income families benefited from the added quality and lower prices, but to a lower extent.

• In their statement released on November 3rd, the FOMC held their view that vaccinations and policy support have continued to strengthen the economic recovery and that inflation, while elevated, is the result of supply and demand conditions that they expect to be transitory.
• The committee highlighted the summer’s rise in COVID-19 cases as contributing to a slowdown in the recovery and the economy’s reopening efforts as a catalyst to inflationary conditions. Progress on the coronavirus front remains the Fed’s primary gauge of the economic recovery’s path, and the committee has remained committed to allowing inflation to run hotter than 2% for some period in order to offset previous periods of low inflation.
• Beginning in December 2020, the committee began reducing its monthly asset purchases by a net $15 billion but has indicated that it will increase holdings by $105 billion beginning this month, followed by an increase of $90 billion in December.