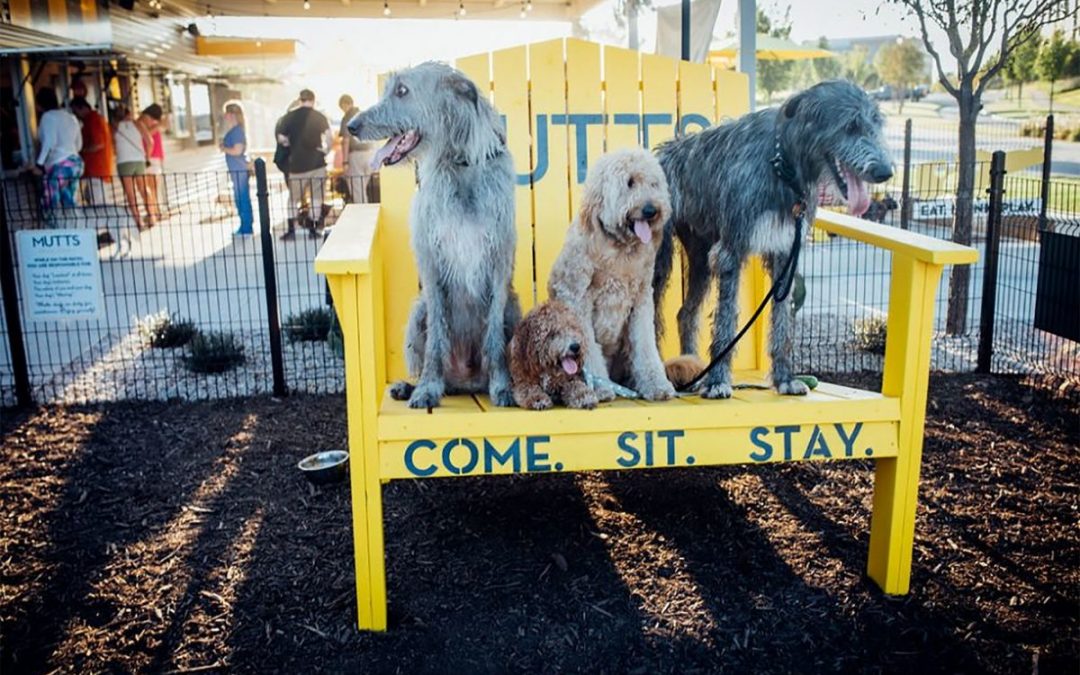 Retail real estate’s next big trend could be going to the dogs.

Entrepreneurs are tapping into the ever-increasing desire of dog owners to take their furry friends with them everywhere by building private dogs parks that also have a restaurant and bar.

These parks are beginning to catch on among landlords digging into ideas for boosting foot traffic to their properties through amenities people want to experience. And landlords pursuing experiential retailing have been willing to front a lot of money and give big breaks on rent to land these dog parks.

Mutts Canine Cantina, based in Dallas, has reached a franchise deal for three locations in Denver for the growing chain’s first locations outside of Texas.

With these parks, patrons typically pay a monthly, yearly or daily fee for a membership per dog. Yearly prices for a single dog, for example, can run $170 to $275. Daily is about $10.

The potential market is quite large. Dogs becoming more common at restaurants and bars, which have become more canine friendly in recent years. Walk through any open-air shopping center, particularly town center developments, and there’s usually a dog.

“People are fanatical about their dogs,” Rowe said. “People joke about spending more money on their dogs than their kids.”

According to the America Pet Products Association, about 63 million households own a dog. The association estimated that spending on pets in general will exceed $75 billion this year, a $30 billion jump from a decade ago.

Rowe said the expansion focus for Mutts Canine is in the top 20 markets, with Florida and Los Angeles being the likely next stops, he said.

Meanwhile, Atlanta-based Fetch Park & Ice House plans to open North Carolina locations in Charlotte and Raleigh; a location in Birmingham, Alabama; one in Nashville, Tennessee; and more in the Atlanta area.

These combine with numerous one-off ventures around the country.

Because dogs need to be let out, and they tend to enjoy socializing in the process, the new parks arose as a way for dog owners to socialize over beer, or a “bark-a-rita” at Mutts Canine, and food while giving their pets room to roam nearby.

Rowe, who works with a variety of food franchises, said the dog park concept “has had more interest than anything I’ve worked on.”

Golden said they are an attraction not just for retail but nearby apartments, because residents need a close place to walk their dogs.

It seems landlords and developers are willing to put up a lot of tenant improvement allowance money to get a park in place.

These kinds of deals help significantly reduce the cost of building one of these dog parks. Rowe said each one costs about $1 million to build on an acre to an acre and a half.

Mutts Canine opened its first park in Dallas six years ago, a second in Fort Worth, Texas, a year ago and has two others set for Allen, Texas, and Austin, Texas.

Fort Worth-based Cassco Development sought out Mutts Canine for its Clearfork mixed-used development, about 5 miles west of downtown Fort Worth.

“We spend a lot of time in our office thinking about what makes a community interesting and desirable as a place to live, work and play,” Julie Wilsey, who works in development and leasing at Cassco, said in an email. “We have long been fans of the original Mutts in Dallas and approached them about opening in Clearfork because of our desire to create community and sense of place for our residents, tenants and guests.”

Mutts went in next to The Shops at Clearfork developed by Indianapolis-based Simon Property Group. The open-air shopping center includes such tenants as Neiman Marcus and Tiffany & Co. There are also 400 new apartments and more on the way.

But indoor shopping malls, which owners have sought to reimagine as tenants have emptied them, could be where the dog parks could appear.

Rowe said Mutts Canine is in discussion with an unspecified mall owner about converting the first floor of an empty J.C. Penney department store to create an indoor-outdoor dog park and restaurant.

This article was originally written & published by rlawson@costar.com on CoStar News.
@RlawsonMedia