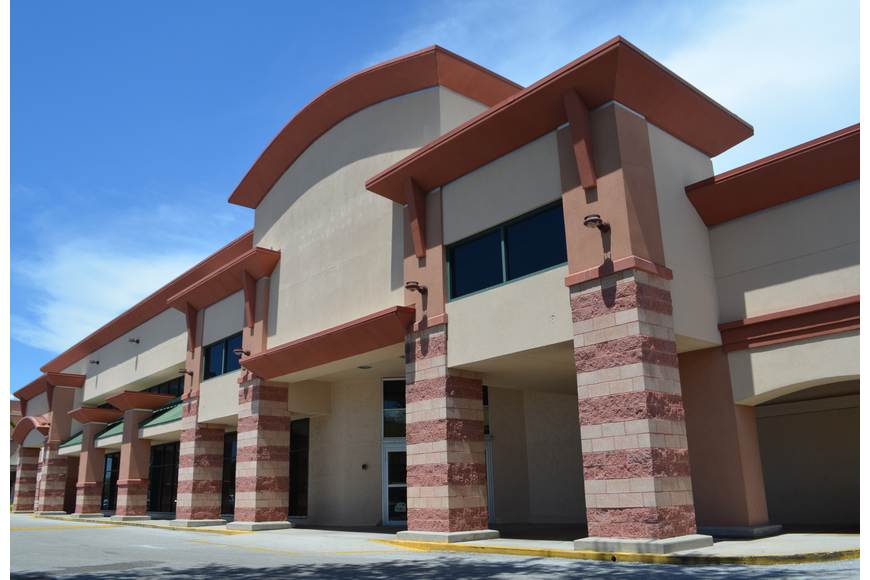 Could residential zoning be a path to redeveloping languishing commercial plazas throughout Sarasota?

The City Commission offered unanimous support Monday for the concept of permitting residential units on some commercially zoned properties, hopeful to encourage redevelopment and the construction of more mixed-use projects.

The board did have questions about the privately initiated proposal, still in its nascent stages. What properties would be eligible? Would the change help address the city’s affordable housing shortage? How tall and dense could buildings be?

Still, the commission voted 5-0 to direct staff to work with planning consultant Joel Freedman on the production of a zoning text amendment that would permit residential construction on properties in the Commercial General zoning district. The board expressed hope any change could enliven aging shopping centers, promoting a more modern urbanist design for large commercial centers.

“Rather than having these stores with huge parking lots around them, I’d much rather see mixed use,” Mayor Liz Alpert said.

Freedman is working on behalf of the owners of Midtown Plaza, a 7.5-acre shopping center located near the intersection of U.S. 41 and Bahia Vista Street. In January, the City Commission approved Midtown Associates LLP’s application to rezone the property. During the discussion of the proposed rezone, multiple commissioners expressed a desire to choose a zoning designation that would allow for a mixed-use redevelopment in the future.

Freedman said any of the available residential zoning designations would create a nonconformity with the existing shopping center, first constructed in 1958. He suggested the city could modify Midtown Associates’ preferred zoning designation, Commercial General, to allow residential building.

Following that meeting, Freedman reached out to city staff to discuss the amending the zoning code. Because of staff’s workload, Freedman said Midtown Associates opted to pursue a privately initiated zoning text amendment. Although Midtown Plaza was the impetus for the proposal, if approved, the zoning text amendment would pertain to Commercial General properties citywide.

Midtown Associates has no imminent plans to redevelop its property, but owner Gavin Meshad said the possibility of adding residential units would make such a project easier.

Freedman appeared at Monday’s commission meeting to gather feedback and gauge the commission’s receptiveness. Commissioner Hagen Brody, who indicated his desire to see more mixed-use zoning for similar properties during the January rezoning hearing, was excited by the proposal. When Freedman said his proposal might include a density of around 25 residential units per acre, Brody suggested he should aim higher.

“I personally would like to see a higher density in those mixed uses,” Brody said. “We hear about mixed use and density with all of our experts on walkability and even environmentally friendly city design.”

Commissioners Shelli Freeland Eddie and Jen Ahearn-Koch both asked whether the proposed zoning change could include a requirement to construct affordable housing units. Both commissioners encouraged staff and Freedman to explore the possibility of a provision that would mandate affordability for a certain percentage of new residential units within the zoning district.

“There are going to be some who might not be in this for attainable housing,” Freeland Eddie said. “They’re in this because they want to create housing, but not necessarily trying to make it affordable.”

Some commissioners were concerned when they learned not all languishing shopping centers fell under the Commercial General zoning district, concerned about whether a change would encourage redevelopment on the desired properties. Long-Range Planning Manager David Smith said staff could examine similar properties in other zoning districts to see what the most effective change would be.

Still, staff and commissioners alike believed the proposal could eventually lead to improved regulations for the properties in question.

“The sites are ripe for redevelopment into mixed-use commercial centers,” Smith said.

This article was originally written & published by by: David Conway Deputy Managing Editor