This Black Friday Could Be the Last for Many Stores 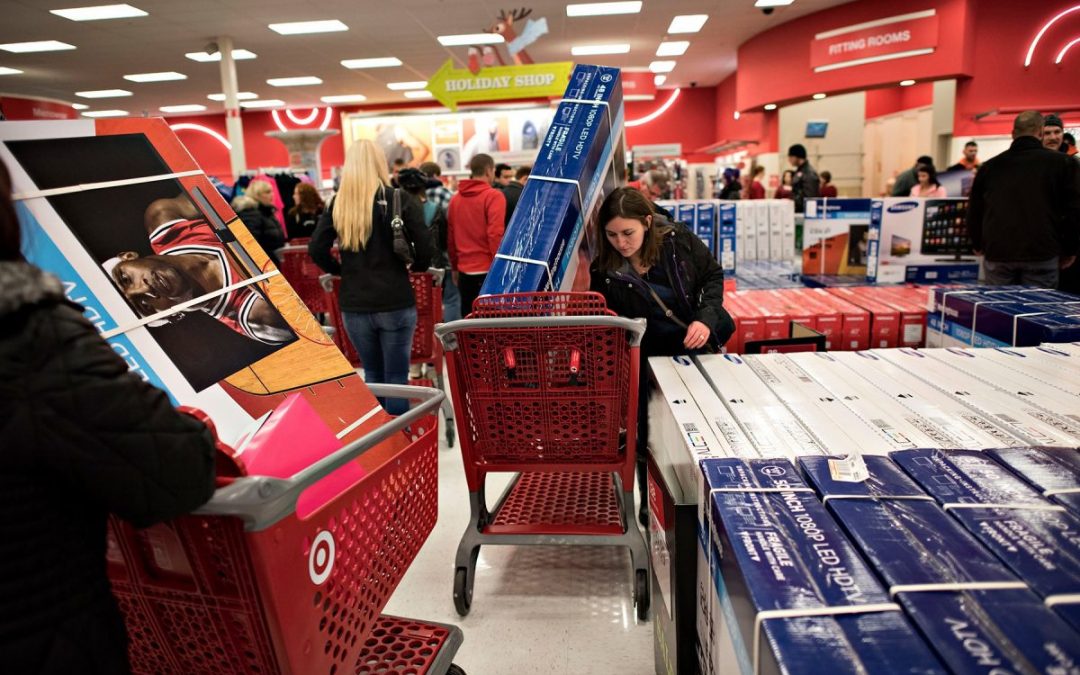 Consumers May Bombard Malls and Online Channels, But Not All Retailers Will Win

As the crucial holiday shopping season gets into full gear, some retailers may concern this will be their last Black Friday.

This year, probably more than any other, could be a death knell for many, as retail analysts expect those on the brink could crash in a truncated post-Thanksgiving shopping season. That’s keeping shopping center and mall owners and landlords on their toes as they prepare for a potential wave of more store closings into 2020.

When all the presents are unwrapped and the gift cards redeemed, the victors will be those that manage to adjust business models to moving targets called customers. The era of record store closings sometimes referred to as the “retail apocalypse” is at a tipping point this season.

Or, as Brian Cornell, chief executive of Target, told the Wall Street Journal last week: “We are starting to see the bifurcation of winners and losers.”

There are compelling signs that consumers are still spending, and the holiday shopping period expects to trump last year’s sales when 165.3 million consumers took to the streets, shopping centers, malls, personal computers and smartphones from Thanksgiving Day to the following Monday, according to the National Retail Federation.

But it’s been an unforgiving year for a number of retailers of all stripes and colors across the United States. The first 11 months have included a high number of bankruptcies, record-breaking store closings and a handful of mergers and acquisitions amid the dramatic shift in how people purchase everything from washing machines to underwear, sometimes from the comfort of their own couches.

Filings for Chapter 11 bankruptcy protection have included the likes of Barneys New York, Forever 21, Payless ShoeSource — the largest this year in number of store closures at more than 2,500 — Gallerie Z and Things Remembered.

That, of course, led to a widespread number of store closings, far exceeding last year’s roughly 5,800. At nearly 9,100 storefronts going dark or slated to as of the end of last week, according to Coresight Research, 2019 is outpacing the 2017 record of more than 8,100. And there’s still more than five weeks left in the year.

The effects of all these abandoned stores, coupled with the evolution in shopping habits, were evident in the flood of third-quarter earnings results released in recent weeks from big-box retailers that cater to lower to moderately priced income consumers. Cornell’s “winners” include Target, as well as Walmart, TJ Maxx, Home Depot and Nordstrom, all of which turned in robust revenue numbers and signaled that Americans are still spending.

“We’re not economists, but we see how our customers are shopping and it gives us encouragement over the next few months,” Jamie Nordstrom, president of Nordstrom, said in a CNBC interview this week.

Walmart CEO Doug McMillon also noted at a recent conference that the world’s largest retailer is “prepared for a good holiday season.”

JLL’s 2019 holiday shopping survey backs up some of the optimism for low-priced retailers. The commercial real estate services firm said Amazon, Walmart and Target were the top three retailers consumers chose in the annual canvass of shopping expectations as the places they’re going to patronize as they knock items off their holiday shopping lists.

While many of those polled said they would shop from multiple channels, including smartphones, more than half, or 52%, said they are going straight to the store to shop versus 42% who said they’re only buying online.

Chains with the most at stake include retailers that combined have more than 7,600 stores, such as J.C. Penney, Macy’s, J. Crew and Ascena Group, parent of Ann Taylor, Loft, Lane Bryant and Justice brands. Analysts have had those retailers on a death watch for some time as many have notched a number of store closings in recent years.

Fitch Ratings fingered J.C. Penney, J. Crew and Ascena in an Oct. 30 note for having a particularly high risk of defaulting on their loans. In another October report, Retail Dive added Pier 1 Imports and Neiman Marcus to those three for its high-risk list of loan defaults.

The origin of the retail industry’s Black Friday sales blowout has its roots in a simple profits and losses financial statement, commonly referred to as the P&L. The Friday after Thanksgiving long was the traditional kickoff to the holiday shopping period that, in one chaotic day, could put a retailer “into the black,” meaning profitability.

But much has changed since P&L statements. Cross-channel shopping, the industry term for using different selling methods, is the norm now, and the leaders are retailers best catering to all facets, infusing sparkle into their in-store shopping experiences, opening pop-ups and smaller-format sites, as well as adding consumer favorite options such as same-day delivery or “buy online, pick up in store,” called BOPIS.

“They’re shopping across channels in multiple ways and with whatever is convenient for them,” Katherine Cullen, the retail federation’s head of consumer research, said on the trade group’s recent Retail Gets Real podcast. “This channel dichotomy is getting a little old.”

Nordstrom agreed. “Our customers are increasingly shopping across multiple channels … and want a seamless experience no matter how they shop,” he said.

“We look at our business as Nordstrom,” he added, not as a full-priced store versus online or off-price. “If we take a lot of the friction out of it, we think we’ll get more of their business.”

JLL’s report, for example, found that more than 23% of shoppers said they would take the BOPIS route — and they were mostly Generation Z shoppers, those born from 1997 to 2006, tailing the millennial generation and considered the most tech savvy.

Why that matters is because once retailers get a consumer into a store, they need to put their best foot forward to entice them to stay, to shop and, most importantly, to buy. BOPIS, for example, is a great traffic generator that has shoppers picking up point-of-purchase or spur-of-the-moment items some 85% of the time.

That’s particularly important for many department store retailers that depend on bodies in stores to see what’s new or what’s exciting, part of what’s spurred “experiential retail” that has become so popular in recent years.

Loss leaders, for example, are a go-to marketing tool retailers have used for years: severely slashing prices on hot holiday items as bait for customers fishing for deep discounts. BOGO, meaning “buy one, get one free,” is another popular selling tactic.

Remember, though, that 2018’s sales fell short of expectations, coming in at only 2.1% higher, the weakest rise since 2006. That helps inflate year-over-year comparisons when spending is strong.

What doesn’t help is that the day of thanks this year is running at the end of the month, leaving only 25 shopping days until Christmas, the smallest number of days possible between the two holidays, according to retail federation.

Of course, some retailers started pushing holiday sales well ahead of Thanksgiving, even as far a back as July. And the retail federation estimates that about 56% of consumers started their holiday shopping ahead of this week, up from 48% who did so at this point a year ago.

On average, consumers said in a recent survey they already completed  24% of their gift-giving purchases, the highest level in the history of the National Retail Federation survey and up from 16% in 2009. Still, only a measly 4% claimed they were totally done.

But there is a wild card, and that’s in how much of the total spending increase will come from more consumers shopping or from the impact of higher costs tied to tariffs. Holiday merchandise including apparel, footwear and televisions were hit with new tariffs Sept. 1, and a new slew of tariffs are scheduled to strike on Dec. 15.

“Retailers are using a myriad of mitigation tactics to try to limit the impact on consumers, and the impact will ultimately vary” according to retail federation’s Cullen.

However, she noted, 79% of consumers surveyed in September “were concerned that tariffs will cause prices to rise, potentially affecting their approach to shopping.”

“The department store industry is undergoing enormous change, and we need to see a continuous closing of stores,” he said in a CNBC interview last week.

How many should still hit the chopping block? By his reckoning, 30%. “We have too many stores,” he said. For some retailers, Judgment Day could come soon.