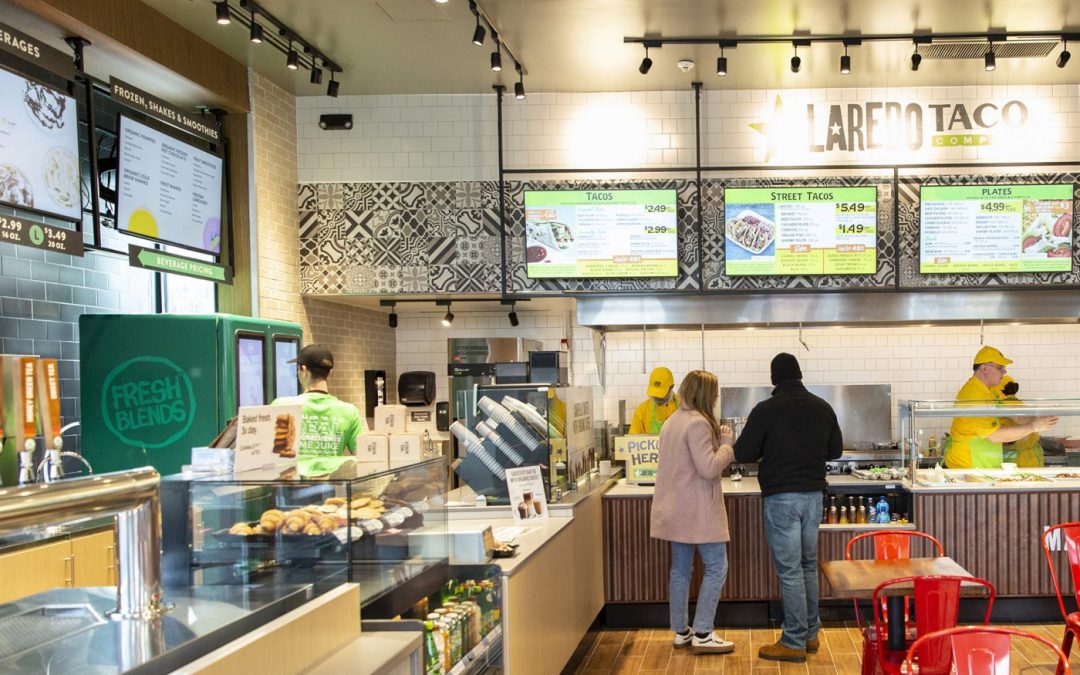 The new concept, rolled out earlier this year in the company’s headquarters market of Dallas, aims to sell more freshly made items with healthier ingredients, while keeping service fast with digital offerings like scan-and-pay technologies to boost foot traffic to its properties. Irving, Texas-based 7-Eleven, which currently operates more than 67,000 stores in 17 countries, is opening two lab locations in San Diego.

“A lot has changed in retail and continues to change rapidly, especially the shopping experience,” said Chris Tanco, 7-Eleven’s chief operating officer, in the statement.

The company is the most aggressive of convenience stores to experiment with offering more upscale and fresh products that could attract a clientele increasingly focused on healthy food. Several other convenience chains, like Circle K, Wawa and Sheetz, have recently been making moves to upgrade their food selections.

As a group, convenience chains total more than 160,000 U.S. locations and, because of that footprint, they can make a difference in communities deemed “food deserts” not served by any major grocer or other retailer selling fresh foods, according to Darren Tristano, chief executive of consulting firm FoodserviceResults in Chicago.

In a March announcement about the concept, 7-Eleven officials said the experimental stores will be testing out other changes “to see what really resonates with customers,” and examining results to plan future store designs. Tests will include expanded wine and beer selections, service bars selling frozen yogurt and ice cream, and on-site dining in indoor and patio settings. Features such as kombucha or cold brew coffee on tap are among some of the other focuses.

The Dallas store includes an outpost of the Laredo Taco Co. chain, a popular taqueria chain that 7-Eleven acquired last year as part of a portfolio from gas station chain Sunoco. It offers handmade tortillas made from scratch and breakfast tacos made with fresh-cracked eggs.

The chain faces a major challenge: Getting Americans to stop and dine al fresco at a convenience store that features food sold at gas stations rather than go eat at fast-food restaurants or fast-casual establishments will take a major rebranding, analysts say.

Officials of the Dallas-based chain did not return requests for comment, but a new 3,500-square foot San Diego store opened July 17 at 4350 University Ave. , in the City Heights neighborhood; and a 10,000-square-foot lab store is set to open in December at 35th Street and El Cajon Boulevard in the Normal Heights neighborhood of San Diego.

The City Heights store pitches itself as selling a small selection of fresh fruits and vegetables, rarely found in convenience stores, and offers a version of the flagship Slurpee ice drink made with real fruit juice.

National food industry consultants told CoStar News that 7-Eleven because of its size as the dominant player in convenience stores, has a big opportunity to grab a larger share of fresh and prepared food purchases already being made by consumers on a convenience basis, for instance, on the way to and from work.

That includes items like rotisserie chicken and other prepared meals now frequently bought at supermarkets, which can have longer lines and bigger parking issues not found in most convenience stores.

Jerry Prendergast, principal in restaurant consulting firm Prendergast & Associates in Los Angeles, said convenience chains like 7-Eleven see a chance to move beyond sales of gasoline and other low-margin items that tend to be their best sellers, toward items that can garner higher profit margins and higher total customer tabs at checkout.

The key food industry models for that transition are Whole Foods, which flipped the standard supermarket model by selling 70% prepared foods versus 30% groceries; and McDonald’s, which used its huge real estate footprint and a switch to upscale coffee to become the nation’s largest coffee seller.

Big-footprint companies like 7-Eleven have the ability to quickly convert existing locations to new formats if early tests bear out their theories on what consumers will buy. “You already have the real estate – you have lease agreements or you own the properties,” Prendergast said. “The biggest challenge for these kinds of concepts otherwise would be gathering the locations.”

Challenges for 7-Eleven and other convenience retailers still will include how far they can go in upscaling their offerings. At a certain point, the chain might have to rebrand certain stores or invest heavily in marketing to bring in the same people who would shop at Whole Foods.

“It’s not going to be cheap, but if that’s what the company is going to be betting on, it’s probably not a bad bet,” Prendergast said of 7-Eleven.

But 7-Eleven will have to overcome the long-time reputation of convenience stores as places to buy grab-and-go junk food and get back in the car as quickly as possible, rather than stay and eat. That’s especially the case among millennials and other consumers now demanding healthier foods that are also convenient. And locations that are also gas stations will have further reputation-related challenges tied to cleanliness.

“You’ve got to have clean stores if you want people coming back to eat there. It’s going to build trust.”