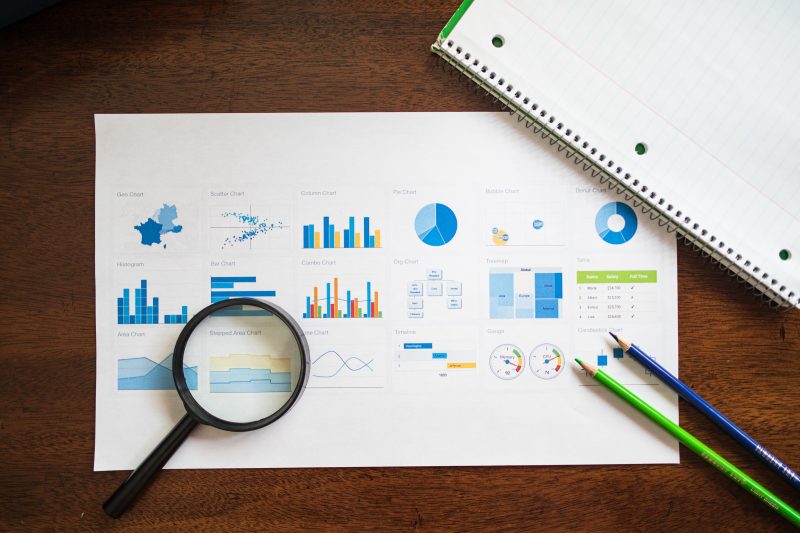 Commercial real estate has continued to test its speed limit on the path to normalcy through mid-2022. Though coming off 2021 highs, price momentum in the sector has sustained throughout the first half of 2022, generally following deal volume activity over the same period. The Industrial sector continues to lead the post-COVID hierarchy, pushed by a prolonged shift in warehouse demand as goods inventories pile up amid complex supply chain and consumer demand dynamics.

The Multifamily/Apartment sector is close behind, benefiting from robust demand that has only intensified in recent months as homebuying becomes increasingly unaffordable for many would-be buyers. Meanwhile, the Office sector continues to lag behind its peers as space demand settles at a new post-pandemic low, driven by remote work adoption. The Retail sector, despite a slow start to begin the recovery, achieved record annual price growth in Q1 2022, which coincided with a seven-year high in deal volume.

In this commercial real estate mid-year market report, the SVN | Research team explores MSCI Real Capital Analytics (MSCI RCA) data on transaction volume, pricing, and cap rates, comparing current trends to ones observed before and during the onset of the pandemic.

Through July, measured by MSCI RCA’s Commercial Property Price Index (CPPI), commercial real estate prices have risen by 16.8% from one year ago. The latest figures are just a tad under the record 19.9% pace that was registered earlier this year and reflect an industry that continues to be a bright spot amid a storm of economic headwinds.

Properties that are located both inside and outside of gateway metros have moderately slowed in recent months but have shown the ability absorb the early effects of monetary tightening, climbing by 8.9 % and 19.3% year-over-year, respectively, through July. Growth in gateway markets have consistently trailed non-gateway metros throughout the pandemic recovery, as corporate America inched its way into a new normal within larger cities. Somewhat surprisingly, the divergence only intensified as the United States moved beyond COVID-era policies and activity restrictions.

The growth spread between non-gateway metros and the top six major metros was relatively unchanged between December 2020 and July 2021 but began to balloon as the Delta variant took hold in the Fall. As Delta subsided to start.

2022, inflation in the US intensified, with non-major metros experiencing a higher degree of cost increases relative to larger cities. So-to did the growth spread between gateway and non-gateway metros, which swelled to 10.43% through July 2022 — more than double its growth spread from one year ago. The variation between gateway and non-gateway inflation rates likely explains a significant part of why we are seeing a similar pattern among commercial real estate price growth.

The Apartment market continues to be a stalwart not only for commercial real estate, but for the US economy at large. According to MSCI RCA, Apartment transactions rose by $18 Billion from Q1 to Q2 2022, a 26% increase quarter-overquarter and up 42% from one year ago. While transaction volume in the sector has receded from the record highs achieved in 2021, it continues to benefit from robust housing demand amid increasingly limited supply. If Apartment sector volume were to continue its pace set during the first half of this year, it would amount to more than $309 billion in sales, second only to 2021’s record level.

Through Q2 2022, unit prices are up 25.6% year-over-year — an all-time high for the sector. Amid rising prices and increased buyer activity, cap rates have continued to fall to new lows, dropping 10 bps to 4.3% in Q2. Between 2011 and 2019, a rough approximation for the last real estate cycle, cap rates fell an average of 17 basis points annually. According to the latest data, cap rates are down by a weighty half-percentage point from one year ago.

Transaction volume in the Office sector continues to trail pre-pandemic levels as remote work gains what signals to be a permanent foothold in the US labor market. Through the second quarter of the year, MSCI Real Capital Analytics has tracked $57.7 billion worth of Office sales, an improvement from the same period in 2021, but roughly $10 billion below the first-half 2019 pace. Projecting out the half-year data over the rest of 2022, the annualized total of $115.4 billion would amount to just 80% of both 2021 and 2019 volumes.

However, it is worth noting that transaction volumes across most property types tend to peak in the fourth quarter — in the five years before COVID, CRE transaction volume was 22% higher on average during the second half of the year compared to the first. The seasonality was exacerbated in Q4 2021 as inventors readied for the impending Fed tightening cycle — Office sector transactions achieved near record-volume in Q4 2021 ($56.6 billion).

The trend suggests that 2022’s first-half improvement over last year may be a more reliable signal than the annualized projection.

Still, as 2021 ended, Office investors still largely anticipated a normalization of attendance levels as pandemicera activity patterns waned. So far in 2022, all evidence has pointed to the contrary, and Office transaction volumes are likely to stall in the fourth quarter of 2022 compared to previous years as a result.

The Retail sector has shaken off early pandemic headwinds, registering its highest first-half of the year transaction volume since 2015. Further, through the second quarter of 2022, Retail led all sectors with a 46% year-over-year increase in deal volume. Notably, compared to other CRE types and their sub-sectors, Retail has experienced the largest variation in sales growth between its two sub-sectors over the past 12 months. Transaction volume at shopping centers rose 186% year-over-year through Q2 2022, while shop sales rose just 52%.

Though annual growth has fallen below the triple-digit increases seen throughout 2021, much of last year’s high marks were due to base-effects stemming from an anemic market in 2020. If Retail volume was to continue at its current pace for the remainder of the year, it would set a record $89.2 billion in transaction volume. Considering that this projection does not factor in the typical volume uptick during the fourth quarter, Retail is poised have a banner year in 2022, all else held constant.

Retail cap rates ticked down 10 bps quarter-over-quarter to a new all-time low of 6.0% in Q2 2022. While cap rates in the sector held relatively steady throughout much of the pandemic, they have fallen by 40 basis points over the past year as property values have risen more rapidly than rents. Retail price per square foot reached $313 in the second quarter, the highest mark on record.

The Industrial sector has seemingly had the wind at its back ever since the end of the Great Recession, and this was only intensified by the positive shift in goods consumption that we saw take place during the pandemic. Through the halfway mark in 2022, sector growth remains as strong as ever. According to MSCI Real Capital Analytics, $74.9 billion of Industrial asset sales have changed hands through the first two quarters of 2022, amounting to 134% of 2021’s firsthalf volume.

While last year’s market was partially fueled by monetary policy tea leaves, if Industrial experiences an uptick in Q4 2022 that is anywhere close to what we saw last year, the sector will set an annual total that is well ahead of what it has to date.

Like all other sectors, cap rates for the Industrial sector continue to chart new lows, falling 10 bps quarter-over-quarter and 40 bps year-over-year. On the other hand, asset pricing continues to reach record highs both in terms of observed levels and annual growth rates. As of Q2 2022, Industrial assets are trading at an average of $175 per square foot, rising $8 from the previous quarter and $32 from one year ago. Through the second quarter, asset price growth in the sector has achieved a new record high of 32.0% year-over-year first achieved in Q1.

The US economy is sending mixed signals, to say the least. Inflation continues to sit near generational highs, with the Consumer Price Index (CPI) climbing by 8.5% over the previous 12 months through July. A flattening of headline CPI between June and July has escalated hopes that the Federal Reserve’s monetary tightening may be having an impact on price pressures.

Still, Fed Chair Jerome Powell along with several other FOMC voting members have indicated in recent statements a willingness to push ahead with hikes until the economy has achieved a sustained reduction in price growth. The feared double-edged sword of rising rates has indeed begun to poke out in both directions. Real GDP declined by an annualized 0.6% in Q2 2022, according to the latest estimate released by the Bureau of Economic Analysis (BEA) in August, the second consecutive quarterly reduction.

A fall in private inventory investment, residential fixed investment, federal government spending, state and local government spending, and nonresidential fixed investment over the quarter fueled the decline. Notwithstanding, consumer spending remains robust while US exports increased in the second quarter. That sustained economic activity is evident in the continued strength of the labor market, which added 528,000 jobs in July as the unemployment rate ticked down to 3.5%.

Whereas in 2020 and 2021, commercial real estate success was propelled by unprecedented economic stimulus followed by a momentous reopening of the economy, it is now being fueled both by late-cycle demand and the cascading of costs related to supply shortages.

The above can be inferred because, while each major sector beside Office saw annual transaction volume climb through Q2 2022, all four sectors saw a decline in the numbers of properties transacted. Builders have sounded the alarm for months on the challenges brought by labor and materials shortages that are hampering their ability to complete new projects. These added costs amid the backdrop of sustained demand are adding significant value to assets.

Each sector of CRE will have its own key factors to lookout for as we progress through the second half of 2022. Apartment assets should continue to benefit from consumers trickling out of the homebuying market and into the rental market. New home sales fell sharply in July, down -12.6% month-over-month and -29.6% year-over year. Much of the would-be housing demand will overflow into apartments, but tenant affordability concerns will likely intensify. The fate of Industrial assets will largely depend on Retail inventory volume in the coming months.

Retail inventories excluding autos increased by 1.5% in July, according to the Census Bureau, as pent-up orders from earlier in the year get stocked away. However, many Retail market watchers expect record discounting this holiday season as firms look to reduce inventory — an important signal to keep an eye on.

The office market appears to be settling into a new post-COVID equilibrium, but one where quality, accessibility, and amenities are arising as key differentiators for space demand relative to centrality. Retail has enjoyed a sizeable rebound so far this year, and where consumer spending evolves from now will be a key barometer for the look ahead. While many consumers remain skittish about inflation and are enduring tough spending decisions in each paycheck, consumer sentiment has begun to rebound from its historic low reached in June.

Even with a few traffic jams along the way, commercial real estate and the US economy as a whole are still moving forward with pace.